Top 10 Reasons Why You Need to Watch 'Orphan Black' 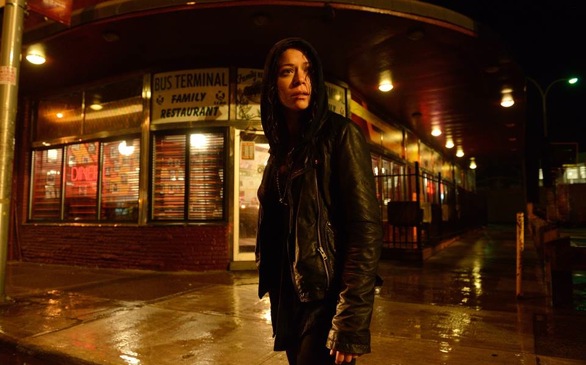 Why is Sarah back on the run?
(Credit: Facebook.com/orphanblacktv)

"Orphan Black" is becoming a household name, as it continues to gain fan support since it first premiered back in 2013.

The show's synopsis revolves around the lead character Sarah Manning, played by Tatiana Maslany. When Sarah discovers she is one out of many clones being monitored and medically examined by Dyad Institute, things get mysterious and weird.

If you're already watching "Orphan Black," good for you! But if you're not, you need to seriously get with the program. To convince you to give it a chance, I've compiled 10 reasons why you don't want to miss out on this must-see show:

1. Tatiana Maslany Wears a Billion Different Hats (Not Literally)
Maslany is quite the talented actress. In the show, she plays every single clone. Every. Single. One.

Originally, there were just a few clones, including "Sarah Manning, the orphan," "Alison, the soccer mom" and "Cosima, the college student." But, as the story became more complex, the show’s creators added more.

Each clone has her own personality, ranging from rebel, nerd and control freak. All of the characters become one of a kind and prove Maslany is an incredible actress.

Check out her recent interview with Conan O'Brien!

2. Sci-Fi Mixed with Comedy
"Orphan Black" can at times be a dark, twisted and borderline insane show. However, there are scenes that are comedic gold, offering originality and relief in the form of laughter.

Characters Alison Hendrix and Felix Dawkins, Sarah’s foster brothers, bring the show its most laughable moments. Both characters deviate from the norm, but that is what makes them perfect.

3. It Never Gets Boring
As the clones find out more and more about their existence, they come across more questions than answers. Honestly, the show is a rollercoaster in terms of the secrets and "OMG!" moments.

4. There's Plenty of "Sexy" Time
You would think clones that are constantly on the run and trying to uncover the truth behind their existence don’t have time to find love. But alas, they do.

As a result of these love interests you get the occasional sex scene here and there. If that's not what you like, don't worry--this show is not like "Game of Thrones," where there is bound to be a sex scene in every episode. The sex scenes just add spice to the show’s already spot-on plot.

Watch Maslany talk about who's the better kisser!

5. The Entire Cast Holds its Own
We already gushed about Maslany's acting abilities, but it's important to give praise to the rest of the actors and actresses on the show who do a phenomenal job! All of them truly become their characters.

6. It 's on BBC America (Duh!)
Most Americans are stuck on just watching American networks, such as ABC, the CW, HBO and AMC.

But, BBC America brings such notable shows such as "Doctor Who" and "Sherlock." This network is original and showcases the British side of life. Cheerio!

7. It Gets REALLY Real
The drama in "Orphan Black" is not exaggerated; it's nothing like reality TV and soap operas. Instead, this show is extremely intense and realistic. The drama deals with relationships with friends or with lovers, murder and a classic mystery--you'll experience a huge mixture of complicated emotions!

8. It Puts the "Science" Back in Sci-Fi
Cosima, the science genius, is on the hunt to understand the clones' genetic makeup. She's trying to figure out what this company is and why the clones were created in the first place. So, while watching you'll see the typical blood test, a genome breakdown and some surprising genetic modifications along the way.

9. A Strong Sense of Family
From the start, Sarah has been trying to figure out her place in the world, struggling to find a true family. Sarah does have a young daughter, named Kira, and Felix, her foster brother, but she wants a fresh start from her mysterious past.

When Sarah finds Alison and Cosima, she looks at them as sisters -- not just a genetic, identical twin.

This aspect of the show adds a real emotional layer.

10. The Season 1 Finale!
Season 1's finale was dramatic, suspenseful and heartbreaking. The "OMG!" moments that unfolded were just unexplainable and unbelievable, with a few of the characters backstabbing and betraying others. We need answers!

I cannot guarantee answers will be revealed in season 2, but I definitely cannot wait for the new season of "Orphan Black" to begin.

So, after you catch up with Season 1 of "Orphan Black," make sure you tune in and watch the Season 2 premiere on Saturday, April 19 at 9/8c!

READ ABOUT: "8 SHOWS YOU PROBABLY AREN'T WATCHING BUT SHOULD BE!"