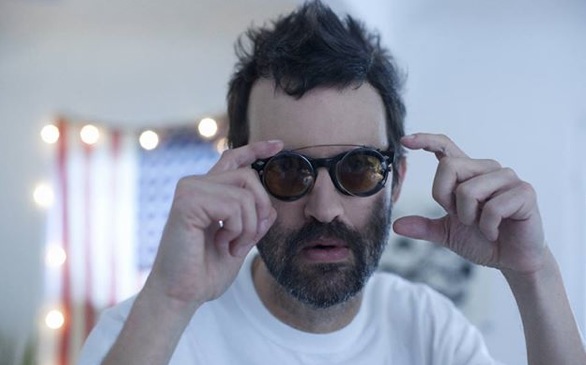 On quietly contemplative “Agatha Chang” (the initial single), E muses how cruelty sank his expectations for a relationship.

A mordant mannerism shimmers through wavering “Gentlemen’s Choice,” where Everett mulls over his imperfect decisions. This theme also peppers the faintly hopeful “Parallels,” which alludes to a documentary about E and his physicist father.

All isn’t woe, though. Nostalgic optimism seasons jaunty “Where I’m From.”

The Cautionary Tales of Mark Oliver Everett is best experienced by knowledgeable fans acquainted with E’s often desolate demeanor. This material may be too dismally austere for newbies.