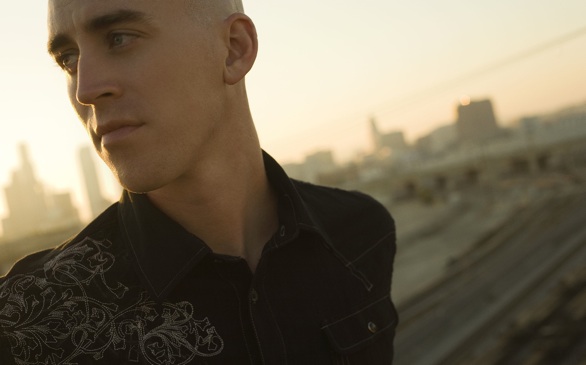 According to his bio, Tyrone Wells is bald because he’s never really liked his hair.
(Credit: Dave Hill)

Hailing from Spokane, Wash. is a tall, bald singer by the name of Tyrone Wells.

With six full albums under his belt, Wells is not a newcomer to the music scene. However, he is still pretty much considered an “underground” artist that plays captivating music all audiences can enjoy.

His music has been featured on television dramas, including “Grey’s Anatomy,” “One Tree Hill” and “The Vampire Diaries,” and he has received musical recognition by many. Actress Kristen Bell has even made it known that she is indeed a fan of Well’s music, since she mentioned him in interviews with Shape and Rolling Stone magazines.

On stage, Wells takes an enchanting alternate persona. I recently had the opportunity to see him in concert at the Troubadour last month, and in short, his performance was amazing. It was just Wells, the microphone, an accompanying member and the stage—no gimmicks and no flashing lights. He just let the power of his voice mesmerize the crowd.

Not only did I attend his concert, but I also had the privilege of interviewing him prior to the show. It turns out Wells is a family man who balances his home life with his life on the road.

You are a husband, father and singer-songwriter. It seems like you are a superhuman! How do you find the time?
It’s certainly not easy to make time to do all the things that I want to do in terms of being a good husband and father, and taking the creative time to write. The way that I manage to operate is that I make sure to plan my life out well and communicate with my family. My wife and I have calendar talks regularly so that we both know what is going on in each other’s life.

Does touring create a strain in your life?
Yeah, it is straining, just like being away from the people you love is straining—especially because I have a daughter. She’s changing so much right now and growing, so I hate to miss that stuff.

Your last album (Where We Meet) released in 2012. Should we be expecting more music soon?
The next record will hopefully come out at the beginning of 2015. I have been writing a bunch of songs. Right now, I have like 10 songs to be considered, but I’ll probably want to write another 30 or 40 before I actually start recording. I’m hoping to record in the fall.

What is your songwriting process like?
Usually, I just sit down with my guitar and spend some time messing around. Then melodies will start coming to me. That’s the most common way. Sometimes I will just have a lyrical content and then add melody over that. Something new that I am trying is that I am starting to write with just a beat, a drumbeat, and then getting creative and writing melody over that, with no other instrument. I have really enjoyed writing this way.

Where does your inspiration come from?
Something in my past, something that I’m going through right now. Faith and beauty, obviously love. Faith and beauty tend to creep up in my music a lot.

What was the moment you finally realized that you were a famous musician?
I still don’t feel like I’m famous at all. There are certain levels of fame, and I feel like I am way down the chart in terms of fame. I get recognized from time to time, because I’m tall and bald. It’s funny. Some days I feel like I’m pretty well known and then other days I feel like no one knows me.

I have to ask, my favorite song of yours would have to be “Time of Our Lives”— what was the inspiration behind it?
I wrote that with a friend of mine. We were just talking about that time in life when you are moving from one reality to the next. So for me, I was thinking about when I left high school and I packed all my stuff into my little Sirocco, which is a Volkswagen, and left Spokane, Wash. to move down to Southern California. That was rolling around in my head, knowing I had to say goodbye to all these people that I knew and loved. It’s kind of like a coming-of-age thing that happens to all of us: leave home and start making your own life.

Your songs are deep and meaningful. What message do you want to send to your audience through your songs?
Ultimately, I just want my songs to provide hope and inspiration in a world [where it] can be difficult to live a hopeful life. I try to sing songs that matter and can encourage people and lift people up. I think some people make a career out of complaining, like their songs are all about complaining. I’m definitely not that guy. I try to write songs that are uplifting.

For more information on Tyrone Wells, visit his Facebook page.