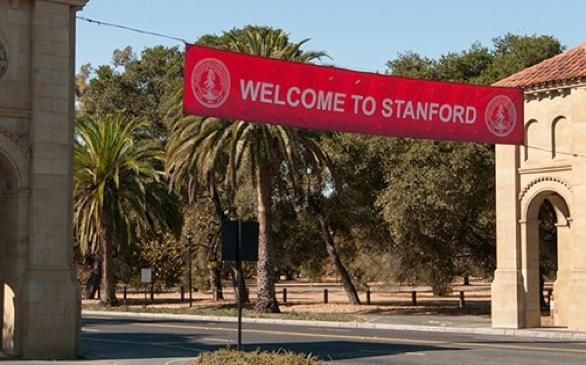 Stanford University was the highest-ranked Calif. school on the list.
(Credit: Facebook.com/stanford)

The site ranked each school "according to financial endowment – which is the financial trust available to each college through cash or other assets such as property."

Here are some statistics the site reported for each university:

#7 UC Berkeley:
-UC Berkeley was donated $113 million in 2007 by the William and Flora Hewlett Foundation, and BP gave $500 million to fund the university's Energy Biosciences Institute.
-The UC System's 2011 budget was $22.7 billion.
-Its latest combined endowment value is $11.227 billion.

#46 Caltech:
-The California Institute of Technology received a $600 million donation in 2001.
-A $25 million donation came from the Annenberg Foundation, and the school received an additional $20 million in 2009 by a U.S. businessman.
-In 2013, Caltech’s endowment reached $1.849 billion.

Campus News
Colleges campuses are trying to reopen in the fall. The main source of opposition? The faculty
134 views