Potential for Heart Attack, Stroke Risk Seen with Marijuana Use 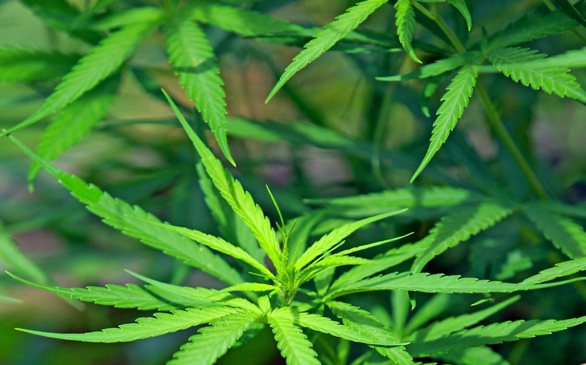 Over a five-year period, a government-mandated tracking system in France showed that physicians in that country treated 1,979 patients for serious health problems associated with the use of marijuana, and nearly 2% of those encounters were with patients suffering from cardiovascular problems, including heart attack, cardiac arrhythmia and stroke, and circulation problems in the arms and legs. In roughly a quarter of those cases, the study found, the patient died.

In the United States, when young and otherwise healthy patients show up in emergency departments with symptoms of heart attack, stroke, cardiomyopathy and cardiac arrhythmia, physicians have frequently noted in case reports that these unusual patients are regular marijuana users.

Such reporting is hardly the basis for declaring marijuana use an outright cause of cardiovascular disease. But on Wednesday, cardiologists writing in the Journal of the American Heart Assn. warned that "clinical evidence ... suggests the potential for serious cardiovascular risks associated with marijuana use." And with a growing movement to decriminalize marijuana use, they called for data-collection efforts capable of detecting and measuring marijuana's cardiovascular impact among American users of cannibis setiva.

"There is now compelling evidence on the growing risk of marijuana-associated adverse cardiovascular effects, especially in young people," said Emilie Jouanjus, lead author of the French study, which was also published in the Journal of the American Heart Assn. That evidence, Jouanjus added, should prompt cardiologists to consider marijuana use a potential cause of cardiovascular disease in patients they see.

In an editorial published Wednesday in the AHA journal, Drs. Sherief Rezkalla and Robert A. Kloner asked, "Do we really know enough about the cardiovascular effects of marijuana to feel comfortable about its use in patients with known cardiovascular disease or patients with cardiovascular risk factors," including obesity, sedentary behavior, high blood pressure and worrisome cholesterol numbers.

Rezkalla and Kloner combed the recent medical literature for animal experiments, observational studies and case reports linking marijuana use in close temporal proximity with cardiovascular events. They cited evidence that marijuana use probably increases clotting factors in the blood and that heavy marijuana use may lead to significant changes in the tiny vessels carrying blood to the heart and brain, such that even after clearance of a major blockage, blood flow remains impeded.

Aside from heart attacks and strokes, case studies linked recent marijuana use in patients seeking care for increased angina, ischemic ulcers and gangrene associated with blocked blood flow to extremities and transcient ischemic attacks, sometimes called "mini-strokes." Notably these complaints often came from patients who were young and had no previous evidence of cardiovascular disease.

"We think the time has come to stop and think about what is the best way to protect our communities from the potential danger of widespread marijuana use in the absence of safety studies," added Rezkalla, a cardiologist at the Marshfield Clinic in Wisconsin, and Kloner, a cardiologist at USC's Keck School of Medicine. "It is the responsibility of the medical community to determine the safety of the drug before it is widely legalized for recreational use."