The Latest on Frozen Musical Coming to Broadway 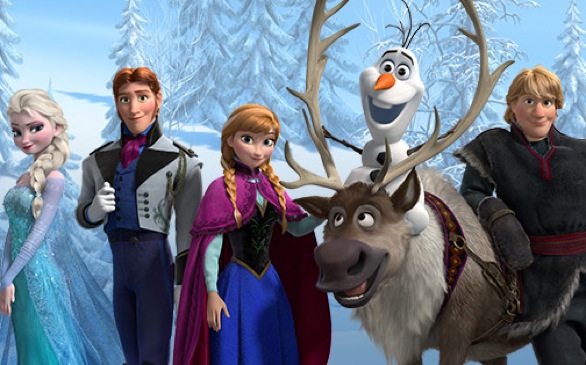 In January, we blogged about the possibility of Disney's super hit animated movie Frozen heading over to Broadway and being turned into a musical. Now, this possibility sounds more like a reality.

Directors Jennifer Lee and Chris Buck recently talked to Digital Spy about the movie transitioning over to Broadway.

"It's just beginning," said Lee when asked about the two's involvement in the Broadway spinoff. "It's sort of in really early development. It's a goal, and it's something we'll work our way through..."

"We've really, from the beginning, wanted to do a musical," said Buck. "It's so nice that the studio was excited about doing a big musical too."

He also joked, "But I'm going to play Olaf. I don't know what kind of big puppet head I'm going to have to wear."

We're sure the two directors won't be starring in the musical, but that does bring us to a very important question: Who would star in the Disney movie-turned-Broadway musical?

What do you think -- are Kristen Bell (voice of Anna) and Idina Menzel (voice of Elsa) the right fit? Or can you think of someone else? Leave your comments below!