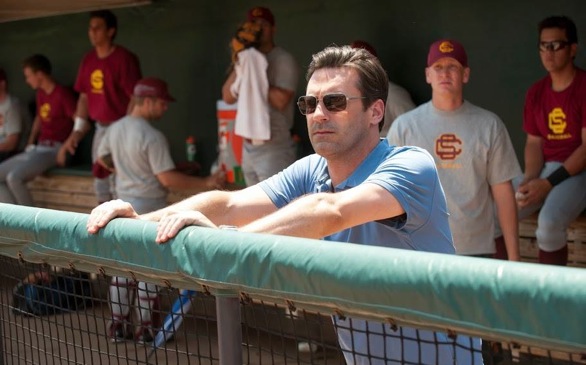 Can you throw a strike at 100 mph to win $1 million? It won’t be easy, but it can be done. All it takes is a great arm...and a once-in-a-lifetime opportunity.

WHAT: Disney is giving amateur baseball pitchers a chance to compete for a $1 million prize in the Million Dollar Arm Pitching Contest.

WHERE: Amateur baseball pitchers—male or female, who are legal United States residents at least 18 years of age or older—are invited to compete in the Qualifying Rounds of the Million Dollar Arm Pitching Contest at one of the following locations: Walt Disney World® Resort in Florida, Disneyland® Resort in California and Tribeca/ESPN Sports Day at the Tribeca Family Festival in New York City.

WHEN: Qualifying Rounds will be held at...

WHAT HAPPENS:
At the Qualifying Rounds, contestants will throw three pitches, each tracked by a radar gun, in an attempt to throw the fastest pitch.

All participants in the Qualifying Rounds will receive tickets for themselves and a guest to see an advance screening of Disney’s Million Dollar Arm at an AMC Theatres location later that evening.

The top three eligible pitchers with the fastest pitches from each Qualifying Round location will be selected as finalists and flown with his or her guest to compete for the $1 million in the final contest, which will take place at the world premiere of Disney’s Million Dollar Arm in Hollywood, Calif., on May 6, 2014.

In the final contest, each eligible finalist will have three pitches to throw one 100 mph strike to become a potential winner of the $1 million grand prize.

The nine finalists and their guests will be VIPs at the world premiere of Million Dollar Arm in Hollywood, Calif., on May 6, 2014, along with stars, filmmakers, major league players, coaches, scouts and celebrities.

WHAT ELSE:
In addition to the chance to win $1 million, all nine of the finalists will receive gifts, including a $500 gift package from Rawlings, a $250 gift certificate from Under Armour and tickets to the ESPY Awards.

JB Bernstein will offer the fastest pitcher of the nine finalists – whether they win the $1 million or not – the opportunity to be discovered and sign a contract with his management company, Seven Figures Management.

Special guest in Anaheim: 7-foot center for the Orlando Magic, Nikola Vucevic, who was a first-round draft pick out of USC. Vucevic will actually enter the contest to pitch.

Details and official rules available at disney.com/PitchingContest or at contest locations.

Open to legal residents of the 50 US/DC, 18 years old or older, who have not played professional baseball and are not employees of The Walt Disney Company or its affiliates or any entity involved in the creation, administration or fulfillment of the contest, nor members of their households.

Void where prohibited. No purchase necessary.