7 Reasons to Check Out FX's 'Fargo' 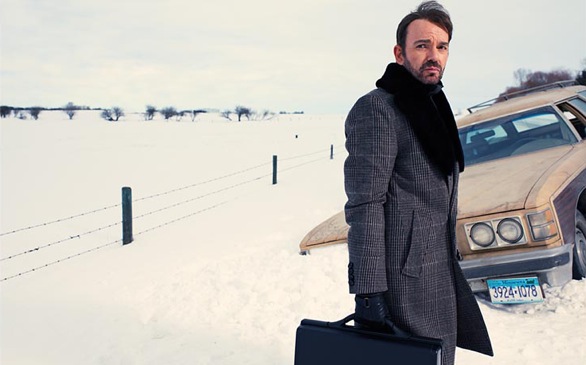 “Fargo,” a TV show based on the 1996 movie of the same, steers the original film’s plot line in a different direction while still remaining true to the film's core elements, making it a must-watch show for all viewers who enjoy violence and comedy.

The show follows a mediocre insurance-salesman named Lester Nygaard (Martin Freeman), who accidentally employs Lorne Malvo (Billy Bob Thornton) to kill one of his childhood bullies. The amount of trouble and number of deaths these two characters cause will keep you entertained and maybe leave you a little shaken.

Here are seven reasons why you need to give "Fargo" a look!

1. It's More Exciting than the Film
Compared to the original movie, “Fargo” the TV show ups the anticipation by making the show more action packed and fast paced, while keeping the same dark and twisted humor.

2. The Minnesota Accents are Hilarious
The characters say “oh jeez” and “you betcha” a lot, offering comedic relief after all the blood has been shed.

4. There are Many "I-Didn't-See-that-Coming” Moments
The number of people killed in the first episode was jaw dropping, to say the least. We're sure there will be more surprising moments the rest of the season.

5. The Writers are Obviously Very Talented
Everything that's great with the show is because of the script itself. The writers leave you at the edge of your seat.

6. Martin Freeman as a Minnesotan = Pure Gold
The man that plays the beloved hobbit Bilbo Baggins and Dr. John Watson in “Sherlock” is here to play the reinvented character of Lester Nygaard from the original Fargo. Freeman is perfect for this role and does a spot on Minnesota ascent.

7. There's Enough Violence
The movie Fargo had deaths that lacked authenticity, and the amount of fake blood in the movie added to its dark humor. However, there is nothing funny about the deaths on “Fargo;” they're dramatic, horrifying and disturbing.