Christina Perri: Get Inside Her Head, Into Her Heart 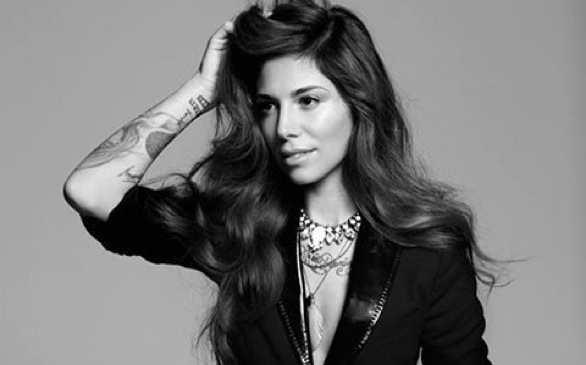 “Hello-ooo!” said Christina Perri in her light, singsong voice through the phone when she greeted me. She seemed to be in a wonderful mood before our interview, elated and excited. And truthfully, she had good reason to be.

Our interview took place on the same day (April 1) Perri’s latest album, Head or Heart, released to the public. The 13-track album garnered some amazing success, making its way into SoundScan/Billboard 200 at No. 4 in its first week, with sales in excess of 40,000—the singer-songwriter’s biggest sales week to date.

Head or Heart follows Perri’s 2011 debut, lovestrong. Throughout the new album, the singer poses a very important question that everyone, especially those who have been in relationships, is familiar with: In matters of love, should we follow our hearts or our heads?

As a dual album, half of the songs on Head or Heart are “head” songs, and half of them are “heart” songs. While taking in the tracks, you’ll find yourself playing a guessing game, analyzing every one and wondering, “Is this a ‘head’ or a ‘heart’ song?” However, this game is impossible to win. The only way to know which one is which is by having Perri spill the beans, which she probably would never do.

“The ultimate goal is for me never to say which one is which because…I like to keep the song interpretable. So, if I went into thinking it was a ‘head’ song and someone else said it’s a ‘heart’ song, I’m not going to get in the way of that,” explained Perri. “Where I was coming from and who I wrote the song about is also a way for me to know whether it was a ‘head’ or a ‘heart’ thing…where I was following my head more or my heart more.”

Paying close attention to the words and vibe in each song is obviously the best way to figure out where the song is coming from. For instance, the chorus of “Be My Forever” ft. Ed Sheeran (“And oh we got love/Yeah/Darling just swear you’ll stand right by my side/Be my forever”) instantly screams out “HEART!” song to me, whereas opening track “Trust” (“I knew better than/To trust myself/To trust someone else/To trust the lies that slip from my mouth/Trust the heart I’m so quick to sell”) simply whispers, “head.”

Still, many of the songs have listeners scratching their heads as they try to decipher what experience Perri was looking back on as she sat down and wrote at her piano, in her hotel room, on the airplane—wherever (“Seriously, I never ever know when a song is going to come,” laughed Perri).

There is one thing that all of the “head” and “heart” songs have in common, though, which is very characteristic of a Christina Perri song: they are all dramatic. “I feel like I write in a very dramatic way,” admitted Perri.

This ability to embed a certain drama in all of her songs has proven to work out quite well for the singer. It is one of her strengths, leading her to more opportunities and success in both the television and film worlds. “If a song works in a TV show or film, that makes sense to me because I’m so over-the-top dramatic,” she said.

For example, Perri’s “Jar of Hearts” (lovestrong.) was featured on “So You Think You Can Dance” and “Glee.” “A Thousand Years” was a hit from The Twilight Saga: Breaking Dawn Part II and received a hefty amount of radio time, subsequently becoming the go-to wedding song for many brides.

And now, a few tracks from Head or Heart are already getting their exposure in the spotlight. “I Don’t Wanna Break” was featured in an episode of HBO’s “Girls,” and the album’s first single (“Human”) appeared on “Dancing with the Stars.”

“I just feel so excited and honored when someone picks me,” said Perri when talking about her songs being chosen for TV and movie projects.

When asked if she had a dream show she would love to have her songs showcased on, she replied, “I don’t know how to sort of ask for that to happen. But at the same time, I’m obsessed with ‘Parenthood,’ ‘Once Upon a Time,’ ‘Game of Thrones’— all of these shows I love…!”

Whether or not we hear more of Perri’s smoldering vocals on our favorite shows or in an upcoming film remains to be seen (“I’ve actually written and submitted things for some stuff, but I can’t say,” she teased), but Angelinos will be able to hear the songstress live when she takes the stage at the Wiltern on May 17.

Set to perform new songs with a couple of old ones, Perri will be trying some new, fun things onstage during her North American tour, while still keeping each song emotional.

“I play the guitar, the piano, but now it’s like I’ve got this whole new album where I don’t play an instrument and I kind of run around, which is brand new for me,” she said.

Perri also revealed she has been going to rehearsal every day, proving that this talented brunette is preparing to “sing [her] ass off” when she gets in front of her adoring, loyal fans. And she must, especially since every single song on Head or Heart is incredibly powerful and heartfelt.

“The songs are so big and vocal; everything you hear on the record is what I do on stage,” she said. “So, I think people might be stoked to see big songs come to life…it’s going to be a night of real music.”

Christina Perri will be performing in Los Angeles at the Wiltern on May 17, 2014.