Heroin on College Campuses: Is this Something to Worry About? 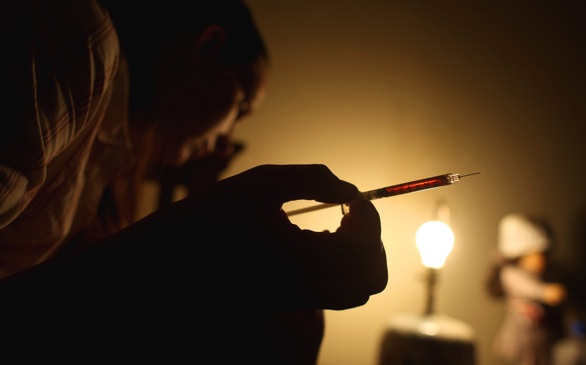 College students using drugs such as marijuana and Adderall (for non-medical purposes) is old news.

Recently, Campus Circle found that this trend has no signs of disappearing on college campuses after students admitted that they continue to smoke weed (and even "speed") and pop pills in order to escape college's pressures.

However, Inside Higher Education reports that there's another drug that may be on the rise among college students at certain schools, but it gets overlooked because the number of students using it is actually pretty small. That drug is heroin.

A national survey showed that 20.5 percent of students reported using marijuana, whereas only 0.1 percent reported using heroin within the last 30 days in 2012.

But although the number of college students who use heroin is relatively small, some colleges in the U.S. are indeed concerned about this issue.

Inside Higher Education states Yale University sent out the following email to the student body this month:

"Several recent incidents have raised our concern that use of drugs such as LSD, cocaine, and heroin is on the rise among college students, fueled in part by a mistaken belief that occasional use is really not that dangerous."

Also, Robert Reff (chair of alcohol and other drugs division NASPA: Student Affairs Administrators in Higher Education) reportedly explained that college students who abuse prescription drugs such as oxycodone sometimes turn to heroin, which is cheaper than the prescription drug but produces a similar high.

Reff also added that colleges struggle to respond to that pattern because most are stretched to their limits responding to alcohol and marijuana issues.