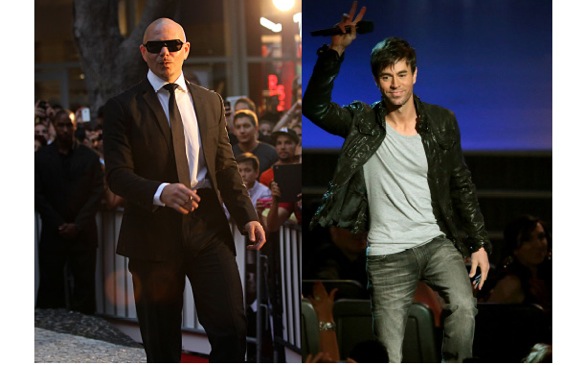 Pitbull and Enrique Iglesias might seem like an unlikely duo, but when you really think about it, they're not.

They're both international stars, they're close friend, and they've been on tour together before.

The two announced they will be hitting up cities while on the their 15-stop North American tour"The Enrique Iglesias & Pitbull Fall Tour," beginning on Sept. 12 in Newark. They surprised their fans via social media earlier Tuesday.

"Going on tour again with Enrique is exciting," said Pitbull. "Together we are going to give fans great music, energy and what they really deserve - to enjoy life and forget the rest for three hours, Daleee!"

Iglesias said, "We really want to give everybody a show that they will remember for the rest of their lives."

Pitbull and Iglesias will be making their way to Los Angeles on Oct. 10 at the STAPLES Center with Latin urban star J Balvin as the supporting act.

See below for a full list of tour dates:

Tickets for the general public go on sale May 9.