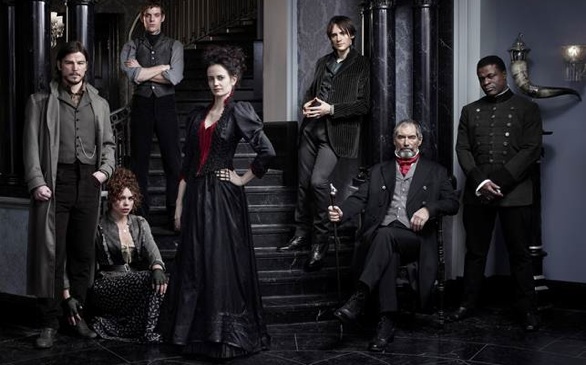 'Penny Dreadful' has a brilliant cast of actors.
(Credit: Showtime)

Showtime’s next big series, "Penny Dreadful," premiering Sunday, May 11, is set in Victorian London and captures the suspense and terror of the tales that raved throughout 19th century Britain.

Popular characters, like Victor Frankenstein and Dorian Grey, keep the show familiar, while new additions add to the excitement and haunting plot. In this new series, horrific tales have come to life, weaving together gripping twists and gory turns with a touch of historical mystery.

"Penny Dreadful's" cast of characters could be one of Showtime’s biggest accomplishments.

Josh Hartnett (Pearl Harbor, Black Hawk Down) plays the cunning Ethan Chandler. The actor portrays a gun-slinging American, misplaced in Victorian London, who proves he has the skills that make him invaluable. Hartnett, who hasn’t really stood out on screen in years, appears to have no problem accepting this challenging role, as he brings life into a character that is devilishly handsome and humorous.

Although Hartnett shines, it is Eva Green (Casino Royale, 300: Rise of an Empire) and Timothy Dalton's (The Living Daylights) talents that keep the show rolling in a taunting manner.

Green’s seductively scary charm is present from the start, pulling in viewers. She provides an aura that makes one constantly feel as if they are flipping back and forth between reality and the underworld.

Dalton, who stars as the renowned explorer Sir Malcom Murray, brings his wit and courage to the plot. "Penny Dreadful" revolves around his struggle to bring his daughter back from the grips of the dead, a task that strings together the tales of his past and the conquests of his future. This smashing character makes Dalton the front runner to be the real “most interesting man in the world" (sorry, Dos Equis).

The character Victor Frankenstein, played by up-and-comer Harry Treadaway (The Lone Ranger), is portrayed in a light that has never been seen in past films and shows.

The doctor struggles with the barriers between life and death, and brings a philosophical twist to "Penny Dreadful" that forces the audience to question the exploration of modern science. Treadaway plays the character just to the point, where you feel as if you understand him, but then slowly begin to question the secrets that live behind him.

With daring roles, a seductive script, and a captivating greyish Victorian scenery, "Penny Dreadful" drifts back and forth between eerie and adventurous. There's a constant struggle between the mortal and immortal, as the show flirts with the idea of humanity and understanding science.

A devil lurks beneath the plot, slowly antagonizing our protagonists and creating an unsettling thrill. It's a definite must-watch.