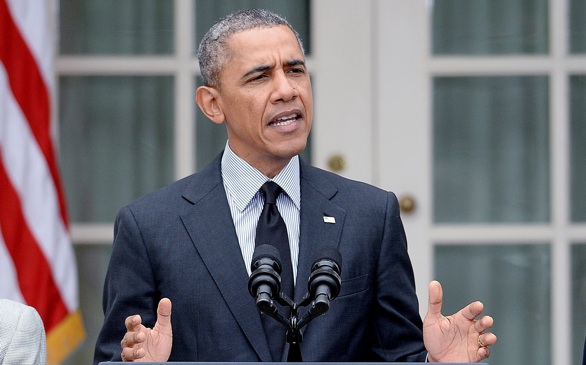 The White House Task Force to Protect Students from Sexual Assault today released recommendations to prevent and react to sexual assaults on campus that include asking campuses to take a "climate survey" on the issue and encouraging bystander intervention.

For victims, the task force today is launching the website www.NotAlone.gov to make enforcement data public and to inform students about their rights and how to file a complaint.

The task force was formed Jan. 22 and formulated its recommendations after a 90-day review period during which it heard from thousands of people via 27 online and in-person sessions and written comments, according to a White House press release.

The recommendations come during the same month that the Department of Education's Office for Civil Rights confirmed that it had started an investigate into Florida State University's handling of the investigation into a report by a female student that she was assaulted by Jameis Winston, the star quarterback for the college football team.

And in January, the OCR announced it was investigating whether Penn State University's handling of allegations of sexual violence committed by students or staff is in compliance with federal law. The investigation was prompted by a dramatic increase -- from four to 56 -- in the number of forcible sexual offenses reported on campus between 2010 and 2012 in Clery Act data.

In its report today, the task force said one in five women are sexually assaulted in college, most frequently in their freshman or sophomore years and usually by someone they know. Most go unreported.

Under the 1972 federal Title IX laws, colleges and universities that receive federal funds are required to investigate sexual assault reports and provide a procedure to resolve the reports. Failure to do so could result in the loss of federal funding.

The task force will provide schools with a toolkit for conducting a "climate survey" to determine the prevalence of sexual assault on campuses and to test students' attitudes and awareness about them. It calls on schools to voluntarily conduct the survey next year in order to help refine it.

The task force will then explore legislative or administrative options to require universities to conduct the survey in 2016.

To prevent sexual assault, the Centers for Disease Control and the Justice Department's Office on Violence Against Women will pilot and evaluate prevention strategies on campuses. According to the White House release, the CDC found bystander intervention programs to be "most promising."

The report also addresses effective responses for when a student has been sexually assaulted, including providing victims with a confidential place to report and get help and specialized training for school officials and first responders.

The U.S. Department of Education is releasing new guidelines clarifying that campus counselors and advocates can speak with victims in confidence.

In addition, the Justice Department will study and evaluate the investigative and adjudicative systems within universities to identify the most promising practices.