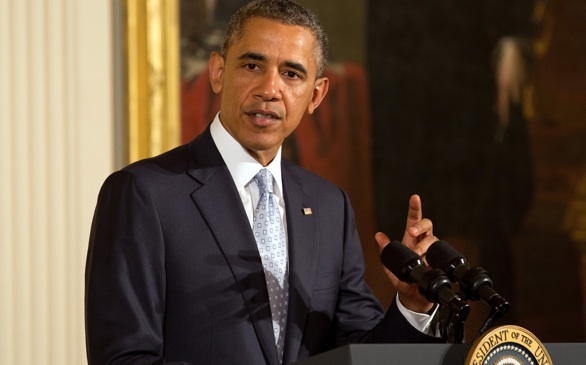 WASHINGTON — The White House on Tuesday announced detailed guidance for colleges on how to deal with sexual assaults, winning praise from advocates of victims and some higher education officials, but renewing concerns from others about protections for the rights of the accused.

Victims of sexual assault on campus and their advocates have become increasingly vocal in demanding tougher action, more protection and better reporting since the Obama administration first called attention to the issue in a 2011 letter putting administrations on notice that changes were necessary.

But college administrators and lawyers who advise them warn that the circumstances of such assaults are often murky, involving too much alcohol, uncertain recollection and no impartial witnesses. Some school officials are wary that the pendulum not swing so far that students accused of assaults are denied a fair hearing.

The steps put forward by a White House task force include clarified rules governing confidentiality of accusers, surveys to gauge the extent of sexual assaults, guidance on model policies for handling allegations, plans to develop prevention efforts and a website with college data on sexual assaults.

Advocates for victims said the Obama administration’s proposals, while they may appear modest, clearly spell out steps that colleges must take to respond to allegations of sexual assault.

“What I really see is basically no more excuses,” said Fatima Goss Graves of the National Women’s Law Center in Washington. “The tools are there and the administration is trying to make it as easy as possible for schools to do right by their students.”

College officials, under pressure from the federal government to respond more aggressively to reports of assaults, have worried that the intense focus on victims could impinge on the rights of the accused.

“The kinds of incidents that we see are not always clear-cut,” said Ada Meloy, general counsel of the American Council on Education, a Washington group that represents colleges. “We must be helpful to the victim but also have to be fair to both the accuser and the accused.”

Mark Hathaway, a Los Angeles attorney representing several students accused of sexual assault, said he remained concerned that those accused in campus cases are not given the rights to an attorney, to remain silent and to confront witnesses against them.

“Greater education about the problem is always useful and helpful to prevent sexual assault,” he said. “But at the same time, we cannot forget the rights constitutionally afforded each of us. You shouldn’t have to give up those rights just because you go to a college that receives federal funding.”

The White House report, noting a study that found 1 in 5 women is sexually assaulted in college, said the proposals were intended “to turn this tide” and “help schools live up to their obligation to protect students from sexual violence.”

The 1-in-5 statistic, which comes from a survey conducted at two large public universities in 2007, includes attempted sexual assaults. The survey found that 4.7 percent of female students reported being forcibly assaulted and 8 percent reported that they had had an unwanted sexual encounter while they were too intoxicated to consent. Those encounters ranged from touching to intercourse.

“Colleges and universities can no longer turn a blind eye or pretend rape or sexual assault doesn’t occur on their campuses,” Vice President Joe Biden, who chaired the task force, said Tuesday. “This is the measure of who we are as a society. Everyone has a responsibility to act — from college presidents to college students. Every woman and man has a God-given right to be free from sexual violence.”

University of California President Janet Napolitano, until recently President Barack Obama’s secretary of Homeland Security, applauded the White House focus on a “serious and urgent issue.” She said the system had already completed the campus survey called for in the report and had implemented key recommendations, including anti-sexual violence awareness campaigns and strict confidentiality protocols.

That survey found that about 6 percent of undergraduates said they experienced some unwanted sexual contact in the last five years.

Dana Bolger, an Amherst student who has said publicly she was raped on campus when she was a sophomore, said the White House measures included important steps but added that legislation was needed to allow the Department of Education to publish a list of schools under investigation and impose fines.

“I think this is an opportunity for legislators to step in and fill the gap,” said Bolger, co-director of Know Your IX, which helps students report incidents of sexual assault under Title IX of the Civil Rights Act.

But she said that more needed to be done, particularly to make sure that rapes are reported to prosecutors. She said “only a minute fraction of these crimes are currently being prosecuted” because victims are not properly supported and don’t feel confident that they will be protected if they do file charges.

“There is a sense that this isn’t really a crime, that there is no harm, no foul,” McCaskill said. “Well, it is a felony, it is harmful.”

Christina Hoff Sommers, a former college philosophy professor who taught ethics, has criticized the Obama administration for pressing colleges to lower the standard of evidence needed to convict a student of sexual assault. She has also called the survey of college sexual assault that the administration routinely cites flawed and noted that another study estimated the number at 1 in 40.

“Getting drunk and having sex, that’s not necessarily a crime,” said Sommers, who is now a resident scholar at the conservative American Enterprise Institute. “I worry about due process and the lack of clear definitions and the poor quality of the studies that the White House is using.”

(Kathleen Hennessey and Lalita Clozel in the Washington bureau contributed to this report.)