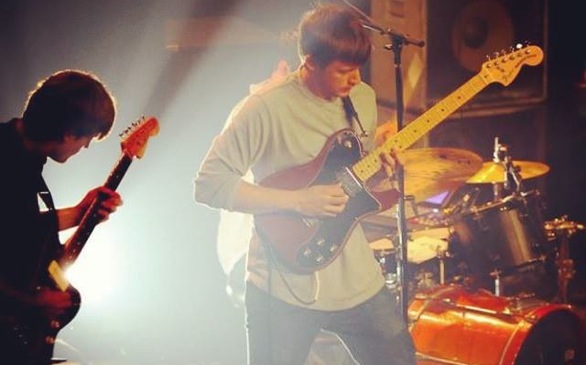 Listening to San Antonio’s instrumental quintet, Equals, is akin to hearing another Texan instrumental band, Explosions in the Sky. Both groups infuse indie rock influences with an involving vibe, but Equals mix in country, funk, post rock and other elements that add dynamics that never get too esoteric.

The nine tracks on Equals self-released, full-length debut, Tracts, are layered and textured, but are often so carefully structured the material seems organic and unpretentious.

Opener “Conveyor” commences with hand claps that establish the beat and then are harmonized with airy keys, ethereal guitars and watery drums.

Those filmy guitars show up in unexpected places, like the onset of otherwise harder-hitting “Rattle the Husks” or the absorbing “Autotelic,” which the latter refers to people who are internally driven rather than motivated by external stimuli.

That positive enthusiasm is also experienced on tunes such as vibrant “Glistener,” which flows from atmospheric to a pulsing upsurge, and the cyclical “Sweat House.”