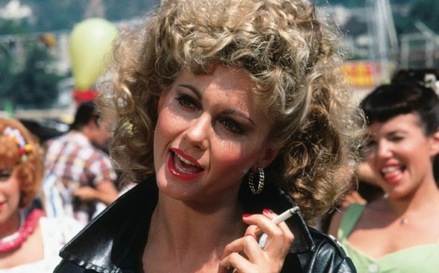 When FOX announced it was going to air a three-hour live television musical performance of "Grease" (called "Grease Live"), we went straight to the drawing board and picked out who should play our favorite characters!

Sure, you can choose actors based on physical characteristics, like a blonde must play Sandy or a brunette must play Danny. However, here at Campus Circle, we focused on talent in our casting of "Grease Live."

Hair color and eye color can all be altered, but can the actor sing? Better yet, does he or she possess the personality to ultimately pull off what can possibly be the greatest Grease remake ever?

FOX probably won't cast celebrities for all of the parts in "Grease Live," but a girl can dream...

Zac Efron as “Danny”
This former teenage heartthrob would make the perfect Danny. He has been in musicals such as the High School Musical trilogy, Hairspray, and he has played the sweet, loving main character in The Lucky One. Efron has definitely shown that he has what it takes to play the iconic role of Danny Zuko. Plus, he's easy on the eyes, giving us chills that are multiplying!

Taylor Swift as “Sandy”
Picking the right Sandy is tough. This actress has to portray a sweet, somewhat square, girl coming out of her shell. If we had to choose our dream Sandy it would have to be Taylor Swift! Olivia Newton-John even said Swift would be a perfect Sandy. She has that sweet innocent vibe, but she showed us in her “You Belong with Me” video she can play the bad girl too.

Jonathan Groff as “Kenickie”
Jonathan Groff as Kenickie equals a musical dream come true! If you saw the first season of "Glee," then you know this boy can sing! Not to mention, he already has some Broadway cred under his belt with "Spring Awakening." We chose Groff for Kenickie instead of Danny because he plays the bad boy well and sort of resembles the young Jeff Conaway, the original Kenickie.

Demi Lovato as “Rizzo"
Rizzo...there would be no Grease without her, and for this remake we have chosen Demi Lovato to take on the iconic role. Lovato has this personality to her that can pull off the mean girl with ease. She also has some amazing vocals.

“Dianna Agron” as Marty
In Grease, Marty always had that mysterious sexual vibe to her and well, Dianna Argon has that vibe in real life. We think that Argon can pull off Marty Maraschino perfectly, and her vocals can add a little something to the whole "shoo bop sha wadda wadda yippity boom de boom."

Ben Platt as “Sonny”
Ben Platt is the perfect Sonny! He even sort of looks like the young Michael Tucci. As seen on Pitch Perfect he can play awkward well, but in the end we all fall in love with him. Even though Sonny doesn’t have a solo, Platt can sing if need be.

Sophia Bush as “Frenchy”
Sandy’s best friend is a key character in the plot, especially when Sandy goes through her transformation. Sophia Bush ("One Tree Hill") would make the perfect Frenchy, with her nasal-y voice (which resembles that of Didi Conn), and her spunky attitude fits perfectly.

Michael Cera as “Doody”
Where would Frenchy be without her beloved Doody? And who would help Sonny and Putzie with their hilarious antics? Doody is a supporting character in this beloved film, and we think that Michael Cera can play this role flawlessly. He has that charm to him that is both sweet and funny.

Rebel Wilson as "Jan"
Jan is known to be the pink lady who loves to eat! Come on now, we all love food, and who else other than Rebel Wilson has admitted her love for food? Wilson is funny and totally loveable, just like Jan, so this makes her the perfect contender.

Adam DeVine as "Putzie"
Putzie is the righthand man to all of Sonny’s pranks, and he is Jan’s counterpart. For this character, we have selected Adam DeVine, partly because he can sing and has the charisma to pull it off, but mostly because we want to see how he looks in a T-Bird leather jacket.

Meryl Streep as “Principal McGee”
Meryl Steep as Principal McGee is the obvious choice. I mean, come on, Streep would certainly add a little razzle dazzle to this Grease remake.

TV Time
‘McMillions’ isn’t your usual true crime docuseries. Here’s how they made it
100 views

TV Time
Want to become a Lego Master? Ask the experts: It won’t be easy
83 views

TV Time
Regina King has been on the road to ‘Watchmen’ for 25 years. She has no regrets
598 views

TV Time
‘The Marvelous Mrs. Maisel’ characters must ‘figure out how and where to land,’ Tony Shalhoub says
389 views