'Orange is the New Black' Gets Third Season 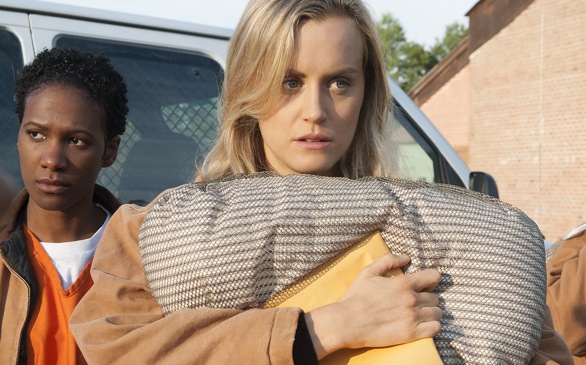 The second season of "Orange is the New Black" is set to premiere on Netflix Friday, June 6, but fans received a wonderful surprise to learn that there will indeed be a third season of the popular show thanks to the series' star, Laura Prepon, reports Rolling Stone.

Prepon uploaded a photo on Instagram with the caption: "It's official!!! Season 3!!! #oitnb #alexvause #backtothebighouse" on Monday.

According to Rolling Stone, Netflix confirmed this news be re-tweeting Prepon's photo.

Season one followed new inmate Piper Chapman's struggle with getting accustomed to prison life, including the food, the sexual harassment from guards, being hit on by a fellow inmate and understanding the prison's hierarchical structure. In the season one finale, audiences saw Piper get in a fight with another inmate, possibly killing her.

In season two, fans can expect a "tectonic shift happening between Porstache and Bennett and Daya," a back-and-forth, tumultuous relationship between Piper and Alex, and much more!

Get ready for an epic Netflix binge.