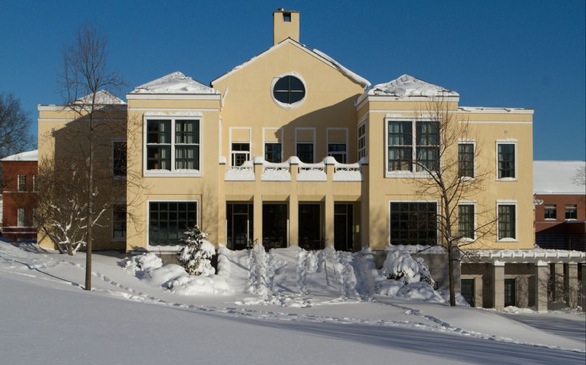 Amherst College announced a ban on Tuesday to prohibit students from joining Greek organizations such as fraternities and sororities, reports the Huffington Post.

As one of the top liberal arts college in Massachusetts, Amherst College has never officially recognized fraternities and sororities on campus, but Greek organizations did exist underground.

However, an email sent to all students on Tuesday by Cullen Murphy, the chair of Board of Trustees, announced that Amherst College will prohibit students participating in fraternities and sororities, as well as fraternity-like and sorority-like organizations, either on or off campus, effective July 1.

This decision came after the suggestion from the Sexual Misconduct Oversight Committee. The committee was established in 2012 in response to a student suit that accused the underground fraternities of contributing to the campus' sexually hostile climate.

Besides Amherst College, there are other elite colleges and universities that have grappled with the status of Greek organizations on campus. For example, Swarthmore College voted to make all fraternities coed rather than ban them altogether.