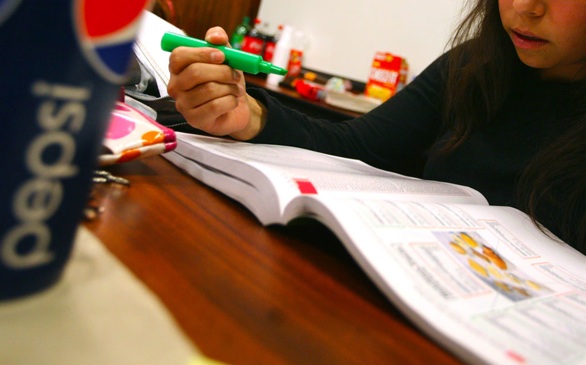 How far would you go to get out of studying for finals and taking your tests?
(Credit: Darrell Wong/Fresno Bee/MCT)

Finals week is commonly known as “death week” to many college students. We spend countless hours in the library with a big cup of Starbucks next to us, trying to learn all of the semester’s material in a week. It sounds terrible, but all college students do it, because if it’s one thing we are good at it has to be procrastination.

During finals, we all go a little crazy and do things that are probably not the healthiest or sanest...but would you be willing to get run over by a car?

Recently, two college females from the University of Georgia came up with a scheme that they thought would be a good way for them to get out of finals.

According to TIME, they posted an ad on Craigslist asking to be run over by a vehicle. The ad stated they were looking for “someone to run my friend and I over with their car. We do not want to die, we just want to be injured enough to get out of taking our finals here at UGA.”

The compensation for doing the task would be, “hitting two lovely ladies by vehicle w/ permission.”

I don’t know what the curriculum is like over there at Georgia, but these girls must be under a lot of pressure if they are willing to get mulled over by a car just to avoid taking a test.

I would advise everyone to study and try to work on their procrastination problem--but I mean, there is time for that later. . .