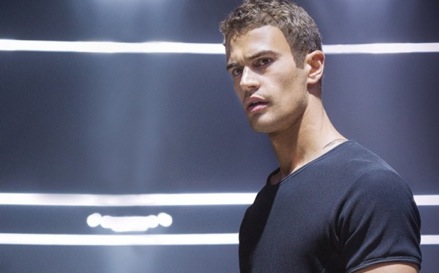 When you first heard that Mighty Morphin Power Rangers was going to return to the big screen as a reboot, you probably thought to yourself, "Oh man, another remake?!"

But then you realized this is great and exciting news, especially if you grew up in the '90s!

We loved our Power Rangers, and because it's been nearly two decades since the first Power Rangers movie released, we're ready for another one.

Rocky aka “Red Ranger”
Drew Van Acker ("Pretty Little Liars") was great as Ian Archer in "Tower Prep." On that show, he learned how to fight and become a fearless leader.

Adam (or Zack) aka “Black Ranger”
Theo James would be able to play the role of the Black Ranger flawlessly. In Divergent, James played the character “Four,” who was classified as Dauntless (which means fearless). The Black Ranger is the ranger who always wanted to be a part of a family and defend them till the end-- this is right up James' alley!

Tommy aka “White Ranger”
Alex Pettyfer would be my top pick for the White Ranger, because of his performance in the movie I Am Number Four. In the film, Pettyfer played an alien with superpowers that has to protect himself before he gets killed. This actor can offer a fresh new take on the mysteriously powerful White Ranger.

Aisha (or Trini) aka “Yellow Ranger”
Emily Browning knows how to be strong on her own and fearless with a team. The actress’ performance in Sucker Punch was solid and impressive. We dare the villains to try and defeat this Yellow Ranger!

Kimberly aka “Pink Ranger”
Jennifer Lawrence as the pink ranger makes perfect sense! Lawrence also plays Mystique in  X-Men: First Class, as well as Katniss in The Hunger Games—she’s fit for this superhero role (plus she's incredibly adorable and sweet, just like Kimberly!). All Lawrence needs to do is work on her gymnastics and hand-to-hand combat...and leave the bow and arrows at home.

Billy aka “Blue Ranger”
Andrew Garfield can spin webs and swing across buildings as Spider-Man, but can he kick, punch and flip like the Blue Ranger? Oh yes, he can. If there’s one thing Garfield has proven in the The Amazing Spider-Man franchise it’s that he can pack a punch, he’s athletic, and he can rock the color blue (well, and red).