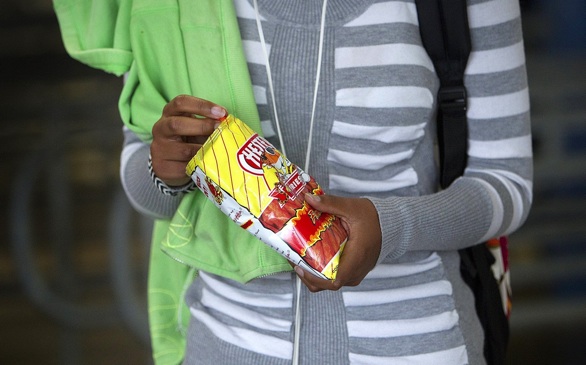 With a diet that mostly consists of Top Ramen noodles, fast food (or worse -- dining hall food), alcohol and the occasional pot brownie, is it really a surprise that a recent study has found college students are heading towards health problems later in life?

According to a Northwestern University study, college students may even be setting themselves up for cancer risks.

Philly.com reports the study revealed 95 percent of students don't eat enough of the fruits and veggies that they need, and more than 60 percent don't exercise enough. There is also a correlation between race and health.

Campus Circle recently reported the dangers of binge drinking among college students. In 2009, about 3.5 percent of U.S. cancer deaths were alcohol related. The cancer risk is pretty high for women as well; women who drink daily could potentially increase their risk of breast cancer by 13 percent.

To maintain a healthy lifestyle while in college, there are a number of healthy snack options and easy workouts students can do without heading to a gym. Yoga with a dish towel or a 30-day planking challenge are simple exercises to jump start a workout regimen.

Besides warding off cancer and staying physically healthy, exercise provides other benefits students may not be aware of. Students who exercise regularly will find that they are less anxious about an upcoming test, able to study more efficiently for a final and able to maintain a healthier complexion, among other things.