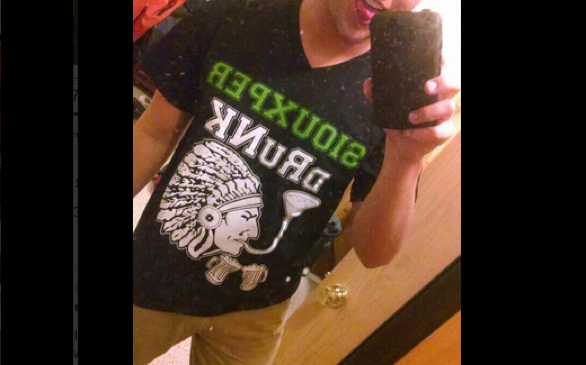 Word play and puns on shirts can be great. For example, USC's famous "FUCLA" T-shirts win points for creativity. Sure, it's a little offensive (if you're a Bruin), but it's mostly just a funny, harmful, little dig.

However, if you create a shirt that offends someone's race or ethnicity, you'll find yourself facing a whole lot of scrutiny.

Students at the University of North Dakota learned this after wearing T-shirts that read "Siouxper Drunk" to Springfest this past weekend.

Underneath "Siouxper Drunk" was a logo that looked similar to the university's old Fighting Sioux logo. It resembled a Native American drinking out of a beer bong.

Now, people, including other students, are condemning the shirts and declaring that they display "blatant racism," reports KSFY.

It is unclear whether the students who wore the shirts will face disciplinary action.