Students Opt for Smoking and Driving Over Drinking 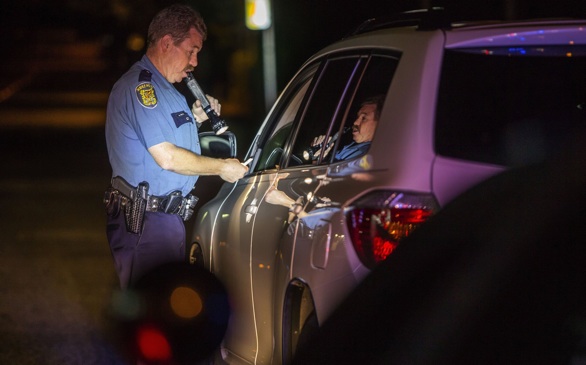 Newsflash: you can still get a DUI for driving under the influence of marijuana.
(Credit: Dean Rutz/Seattle Times/MCT)

College students might make poor decisions and decide to drive under the influence -- but they are more likely to drive after smoking marijuana than drinking alcohol, reports the University Herald.

According to researchers at the University of Massachusetts at Amherst, they studied more than 300 incoming college freshmen and found that although the freshmen were less likely to smoke marijuana than drink alcohol, they were much more likely to drive after smoking weed than drinking alcohol.

So with that in mind, exactly how dangerous is "stoned" driving?

Some researchers say driving while high is less dangerous than drunk driving. Drunk drivers tend to drive fast and recklessly, while high drivers are slower and a little more cautious. For this reason, many people (including college students) argue that they drive better while high.

However, that is not necessarily the case; driving while high does put people at risk.

The CDC reports drugs other than alcohol (including marijuana, cocaine, etc.) are involved in about 18 percent of motor vehicle deaths. When a person is high on marijuana while driving, the drug affects his or her reaction time, spatial sense and perception. This can cause the person to follow a car too closely, use the brakes too late, make unsafe turns and more.

The bottom line is this: the safest form of driving is sober driving.