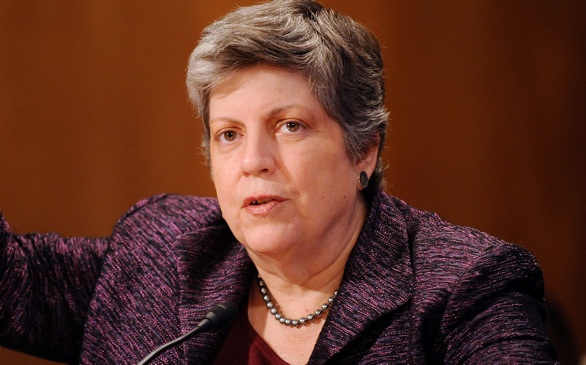 LOS ANGELES — Santa Monica College and Los Angeles Southwest College are only 13 miles apart but have an immense gap when it comes to transferring students to a University of California campus, a new report says. Santa Monica sent 783 students last year, by far the most of 112 community colleges in the state, while Southwest sent just four, among the lowest.

Those significant disparities are at the heart of a new proposed initiative by the UC regents to make it easier for students to transfer to one of the system’s nine undergraduate campuses from all community colleges, not just from the small group of two-year schools that dominate transfer statistics.

The numbers are so lopsided that just 19 colleges sent half of all the 13,999 community college transfers to UC campuses last year and 93 other schools made up the other half, the UC study said.

In a plan released Wednesday, a UC task force proposed improving counseling programs at community colleges across the state, making the transfer application process easier and removing roadblocks students face in determining which courses are required for UC admission.

Officials said they want to give special attention to 30 community colleges that traditionally send few students to UC campuses, focusing mainly on those in the far northern parts of California, the Central Valley and the Inland Empire.

The report, which was discussed at the UC regents meeting in Sacramento, said that “the transfer process can be challenging, sometimes preventing otherwise promising students from meeting their goal of earning a four-year degree.”

UC President Janet Napolitano, who asked for the review, said it is a priority to improve the transfer pipeline, especially from areas now underserved by the university. Transfer students, she said, “are an important part of UC’s strength as an engine of social mobility for our state. Put simply, if we are serving transfers well, then we are serving the state well.”

Increasing the transfers could be a way to attract more low-income students and minorities and save the state money, Gov. Jerry Brown, a UC regent, said at the meeting.

The issue “deals with affordability, it deals with diversity, it deals with the university’s cost structure,” said Brown, who recalled transferring from a Jesuit seminary to UC Berkeley in 1960. He said he wanted UC to examine whether increasing upper-division transfer students and decreasing freshman admissions would lower UC costs.

The university recently has seen a decline in transfer applications from community college students, from 28,937 in 2012 to 26,376 for this year, data show. Enrollment at UC campuses from community colleges also dropped this year by about 680 from the previous year. Those declines mainly were attributed to budget cuts that reduced course offerings at two-year schools and that discouraged students from attending them.

Some of those schools are small and too far from a UC campus for a student to commute. And some may not offer enough courses needed for some UC majors or may not have the transfer agreements that help smooth the path for students by specifying required classes and providing counseling, experts said.

At Los Angeles Southwest College, interim President Yasmin Delahoussaye said it was unfair to focus just on UC transfer statistics since her school transferred 113 students to Cal State schools last year. Seventy-eight of those Cal State transfers were African-Americans, giving Southwest the second-best record in the state for transferring blacks to Cal State, she added.

Both UCLA, the closest UC campus, and her college need to do a better job in encouraging transfers to UC, Delahoussaye said. But Cal State campuses, besides charging a lower tuition than UC, are often closer to home and more appealing to students who have family and work responsibilities and can’t “uproot themselves to a different part of the state,” she said.

At the College of the Siskiyous, close to the Oregon border, Superintendent/President Robert Frost said that his community “is very remote from the UCs” and that the 140 students who transferred to a four-year school last year mainly chose campuses in Oregon and Nevada, Chico State or private California colleges. He also said that rural colleges like his, with relatively small enrollments, don’t receive enough state money for sufficient counseling.

Community colleges vary widely in their share of students academically eligible for UC, said Nancy Shulock, executive director of the Institute for Higher Education Leadership and Policy at Sacramento State University. Shulock said she was very encouraged by the UC proposals but hoped that UC would not take a one-size-fits-all approach.

“Don’t assume every community college has the same needs and strengths,” she said.

The regents, on the whole, were pleased with the proposals but some said they wanted to undertake changes faster than the two to 3½ years the report forecasts for some parts. “That’s a long time,” regent Russell Gould said.

In other business Wednesday, UC President Napolitano presented an award that signaled the importance she is placing on the recent federal and UC policy changes aimed at discouraging sexual assault on campuses and bolstering investigations of such incidents. She gave the award for outstanding student leadership to Savannah Badalich, a UCLA student who was the victim of a sexual assault and helped establish the “7000 in Solidarity Campaign,” which seeks to deter such assaults at UCLA.

The regents also decided to form a special group to focus on aiding victims of sexual assault and improving policies on the issue. Earlier, during a public comment period, a UC Berkeley student described the traumatic effect of being raped.