Indigo Child—A Band as Unique as its Name: This rising band is carving its own path in the music world. 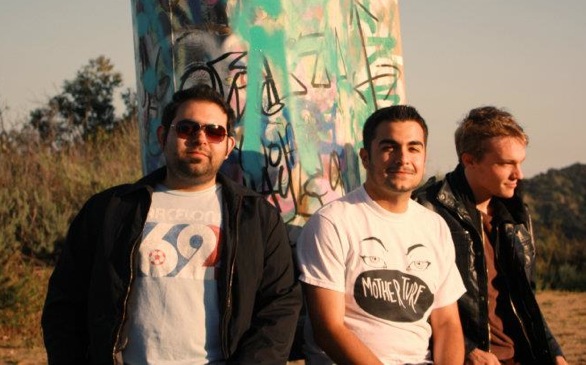 There are some bands in the greater Los Angeles area that are on the cusp of becoming famous, and then there are others struggling in the shadows. Indigo Child perhaps falls somewhere in the middle.

Starting off as a couple of college students at California State University Northridge (CSUN) performing as a Red Hot Chili Peppers cover band, this trio has been through its share of struggles. However, Indigo Child has now found success with its first album (self-titled).

Arsen Nazaryan, Indigo Child’s front man, is lively and charming. I could already tell that he was going to be a fun interview when he walked up to me in blue pants and sunglasses. We met up at a local Starbucks and talked about what the band has in store, what problems it has so far encountered and how Indigo Child got its name in the first place.

In the past when children were autistic or challenged, psychologists would call them “indigo children.” They would deem them has having some sort of special power. Nazaryan learned this from his mother and decided it would be an appropriate name for the band. “My mom called me an ‘indigo child’ one day, and that’s how I found out about that whole story,” he said.

Having gone through names like “The Funky Monks” and “The Domino Four,” “Indigo Child” stuck because the band members wanted to work as a collective group instead of individuals, or as Nazaryan said, “Join as one entity”—much like their favorite band, the Red Hot Chili Peppers.

Influenced by ‘90s bands such as Incubus, Audioslave and Rage Against the Machine, Indigo Child has a sound that is pretty unique. Nazaryan said he couldn’t even describe its sound; he would much rather prefer the listeners to describe it for themselves.

“I wanted it to be relatable, and I want my audience to relate as well,” he said. “I have enough faith that at least a few people will relate to it.” This is, in fact, one of the band’s charms and attractions, especially for college students. From its name to its lyrics, Indigo Child is a relatable band. And not only will listeners be able to relate to its music—they will relate to the band members’ struggle of choosing a career.

As many college students understand, choosing a major is tough, especially if your first choice doesn’t have a clear and easy pathway towards success. That was just the case for Nazaryan. He didn’t want to major in music because he felt like that was too big of a risk. Instead, he obtained his bachelor’s degree in sociology from CSUN.

“I wanted to have a backdrop for financial matters,” he explained. “Looking back, I think I should have majored in music, but I still treat it as my main project, so it all worked out.”

However, Nazaryan did admit that not being skilled in music’s “legalities” is one of the many problems Indigo Child faces as a band. “We don’t have a lawyer,” he said, “so copyrights and legal rights are an issue for us.” This is proving to be one of the toughest aspects of the music industry for the band, along with many other hiccups.

One of these other “hiccups” has to do with maintaining relationships. There’s a balancing act needed in order to keep everyone in a band content. When asked about this, Nazaryan laughed and said, “Keeping everyone happy is tough. We’ve all been stubborn in a good way. It’s hard when we all contribute to a song and some of us don’t like one part, and the other person really loves their part—it’s hard to take a certain part of a song out.”

When the band members finally all agreed on the songs to publish onto their first album, Indigo Child was ecstatic to launch its debut. But, the band ran into multiple complications.

Running a Kickstarter campaign for this album failed, and the band lost $400, a moral and financial blow. “We aren’t rich,” Nazaryan explained as he drank his vanilla latte. “Being able to finance the album was difficult. All the other variables, like finding an artist to draw the album cover and recording, were also difficult.”

Nazaryan even said the band had to record the drum audio in a bakery.

But, as we all know, with failure comes success, and that is exactly what happened to Indigo Child.

The guys soon found themselves performing their first Hollywood show with Capital Cities. With a smile that stretched from ear to ear, Nazaryan said, “We opened the show for them because a friend of mine had a show at the Troubadour, and he needed some bands to play. At that point, we hadn’t really played before, and Capital Cities wasn’t a big name.”

As seen with Capital Cities, who blew up overnight, it’s safe to assume Indigo Child will someday follow suit. After all, with a name that essentially implies possessing supernatural gifts, this band is a powerful force on the verge of blowing up into the spotlight.

For more information on Indigo Child, check out its Facebook page.