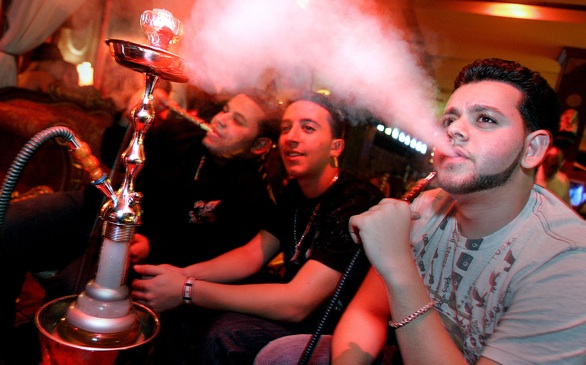 Smoking hookah is a growing trend among young people, including college students.

Hookah, which is a water pipe used to smoke specially made tobacco in different flavors such as apple, mint, cherry, watermelon, etc., is usually thought of as a safer smoking mechanism when compared to cigarettes.

According to an article in the Atlantic, some students believe smoking the tobacco through the water pipe somehow makes it safer. With reportedly one in 25 women trying hookah for the first their freshman year in college and "almost twice as many high-school students" smoking hookah than electronic cigarettes, it seems that a majority of hookah users believe in the myth that hookah is a better alternative.

However, a recent study showed that when a person smokes hookah, a number of threatening chemicals enter his or her system, including things that can cause lung and pancreatic cancer as well as heart disease.

Furthermore, according to the CDC, hookah smoke and tobacco can cause bladder and oral cancers, pass infections among smokers sharing a hookah and other health hazards.

In other words, don't be fooled—smoking hookah can produce the same health risks as cigarettes.