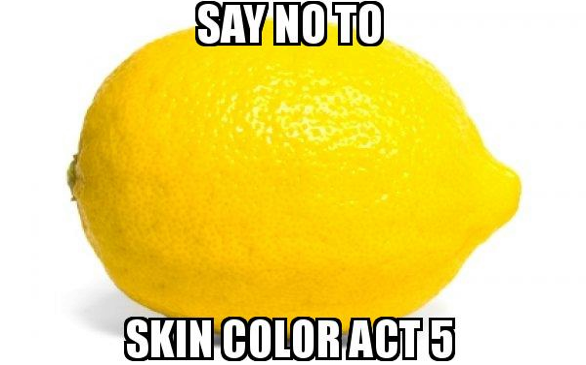 The Facebook group 'Say No to SCA 5' accumulated more than 8,000 likes.
(Credit: facebook.com/SayNoToSCA5)

The alarming messages began appearing on Chinese-language social media networks in early February: A proposal in the California Legislature would cut the number of Asian students admitted to UC schools.

Posters called it the "Yellow Peril Act," while others breathlessly compared the proposed amendment to the Chinese Exclusion Act of 1882, which restricted Chinese immigration.

The social media outrage snowballed into blistering editorials in Chinese American newspapers and hourlong arguments on Mandarin talk radio. Within weeks, Senate Constitutional Amendment 5, which would ask voters to repeal part of the landmark ban on affirmative action in California public colleges, was shelved.

But the coalition that shot down SCA 5 was not a traditional political movement. The protesters organized mainly on Chinese social networks like Weibo (a Twitter-like network), Wechat (a mobile-based group messaging service), and a Chinese-language forum, mitbbs.com. Many, but not all, of them were recent immigrants from mainland China without a party affiliation. Some were simply mothers with children preparing for college.

The movement pointed to a division among California's Asian American electorate, which has traditionally leaned liberal Democratic.

"These are two different worlds," said Karthick Ramakrishnan, a political science professor at UC Riverside. "And a big part of the difference in opinions is how the issues are presented to them."

Vivian Chan, the mother of a high school junior, joined Wechat about seven months ago as an easy way to organize lunches with her girlfriends. When news of SCA 5 broke in early February, the phone-based group-messaging platform became a tool for fomenting political action.

"All of a sudden, everyone was talking about it," said Chan, who serves as the Asian outreach chairwoman of a regional PTA organization.

Through Wechat and Weibo, the word spread to other area PTAs and local Chinese school organizations. The Joint Chinese University Alumni Assn. of Southern California urged the 40,000 subscribers on its mailing list to take action against the bill.

The 80-20 Initiative -- a political action group perhaps best known for forcing talk show host Jimmy Kimmel to apologize for a joke about killing Chinese people -- brought the issue to its nationwide mailing list of about 300,000 in late February. It took just a few weeks for a Change.org petition to accumulate more than 100,000 signatures.

The picture of SCA 5 that emerged on Chinese social networks wasn't strictly accurate.

The amendment would simply ask California voters whether the ban on affirmative action in public higher education should be overturned.

The Facebook group "Say No to SCA 5" accumulated more than 8,000 likes, boasting a cover photo of a lemon emblazoned with the words "Skin Color Act."

Phil Yu, founder of Angry Asian Man, a website that covers racism against Asians, said he received an email calling SCA 5 "the most racist bill against Asians in the history of California."

Yu said he was bothered by what he saw as a misinformation campaign.

"It hurts me to see people reacting this way about affirmative action," Yu said. "It's ugly and shameful."

Two distinct camps had formed. The first -- familiar to politicians and minority leaders -- contained younger Asian Americans and older immigrants who are typically Democrats with a history of forming political coalitions with blacks and Latinos to elect Asian officials and achieve policy goals. The other group, recent immigrants from mainland China and elsewhere, seem to enter political life only when an issue attracts them.

But the Asian electorate is changing quickly, Ramakrishnan said. Asians are the fastest-growing large ethnic group in the state, and California saw more than 103,000 new Asian immigrants in 2012, according to an analysis from the Public Policy Institute of California.

Ramkrishnan's 2012 survey of Asian voters found that the non-English-speaking respondents were slightly more likely to identify as Republican than the English-speaking ones.

Right now, more than 42% of Asian American voters in California are registered or lean Democrat while about 25% are Republican, according to Political Data Inc.

The backlash has made one thing clear: The issue of education triggers intense anxieties among Asian immigrant parents, said Polly Low, a Rosemead councilwoman and president of the Chinese American Elected Officials Assn.

Low said the association decided to take a stand against SCA 5 after local Chinese elected officials were bombarded with calls.

"I have never seen so many people so mad," Low said.

Some leaders have touted the rejection of SCA 5 as a coming-of-age moment in Asian American politics, a grass-roots uprising that might spread to other issues.

But others aren't so sure.

"A true coming of age is not when a minority group uses misinformation and scare tactics to defeat something," said Betty Hung, policy director at Asian Americans Advancing Justice, an advocacy group.

Attorney Daniel Deng, who helped organize opposition to SCA 5, characterized the backlash to the amendment as more of a wake-up call.

"The Chinese community right now is asking, where do we go from here?"