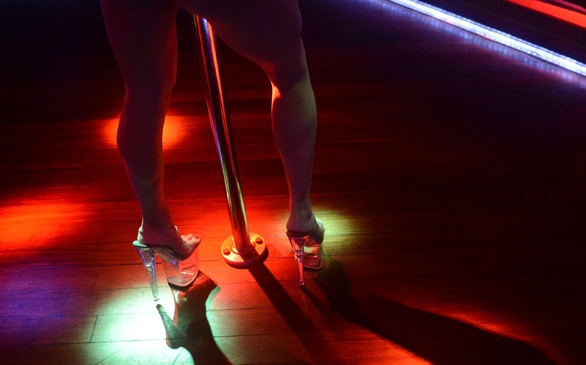 With tuition continuing to increase every year (up to $60,000), student loan interest rates increasing and an economy that's suffering from student loan debt, it makes sense that some students will resort to seemingly drastic measures to make as much money as they can before graduating so they can pay off their tuition. This includes stripping.

In an interview with ABC News, a college student named Maggie spoke openly about balancing being a straight-A, double major student and stripping at a club.

"People] assume that we’re damaged and it’s like, no, we just want to make three times the amount of money we’re going to make when we graduate, before we graduate. That’s why I’m trying to save now," she said.

Maggie reportedly makes about $180,000 a year stripping, which is much more than what she'll probably make if she graduates and becomes a lawyer as planned.

And women aren't the only ones turning to stripping -- men are too. One 21-year-old male stripper named Dino told ABC, “I started doing this just to pay for the books. Then I realized how much I could make from this, and just as a part-time job, it’s great.”