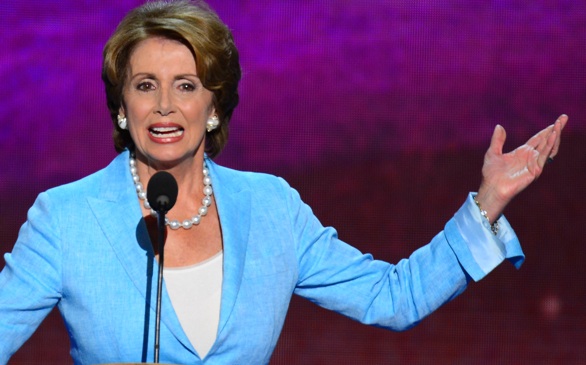 House minority leader Nancy Pelosi called Tuesday for a new review of embattled City College of San Francisco, arguing that its accreditation loss would devastate thousands of students and the community.

The demand from the San Francisco lawmaker is the latest salvo in a years-long battle between supporters of the two-year institution and the Accrediting Commission for Community and Junior Colleges.

The private, nonprofit panel based in Novato is part of the Western Assn. of Schools and Colleges and one of seven regional accrediting groups recognized by the U.S. Department of Education. Its actions against City College have sparked a strong response, with critics questioning the commission's political motives and procedures.

The July termination is on hold pending the outcome of a lawsuit filed against the commission by San Francisco's city attorney. The trial is scheduled to start in October.

If the school is stripped of accreditation, it would also lose state and federal funding.

The commission has argued that it must move forward with the termination, citing federal requirements that colleges be given no more than two years to comply with standards or lose accreditation.

But in a letter responding to Pelosi's inquiries, the Department of Education's senior director of policy coordination, Lynn B. Mahaffie, said the accrediting panel "has the authority to reconsider or rescind its termination decision so as to provide the institution with additional time to come into compliance within the two-year time frame ... or to provide an extension for good cause."

Pelosi argued that such an extention is warranted because the college, which has served as many as 80,000 students, is making significant progress, including hiring a new chancellor, chief financial officer and other key administrators, creating tighter internal financial controls and finalizing collective bargaining agreements with campus unions.

"For the ACCJC to refuse to allow good-cause extension -- even after this clarification from the Department of Education, even after all the monumental progress City College has made...would be destructive, irresponsible and could be viewed as a political act," Pelosi said in a statement.

"For the livelihood of the students, the community, and the state, the ACCJC must send in a new evaluation team with a fresh set of eyes and allow a good cause extension of accreditation," she continued.

"It is time for the ACCJC to recognize the value of City College and its students, rescind the termination and work closely with college officials to address any remaining deficiencies," Speier said in a statement.

Commission spokeswoman Eliza Y. Chan did not respond directly to calls from Pelosi and Speier to grant an extension, but said the panel has been communicating with Department of Education officials.