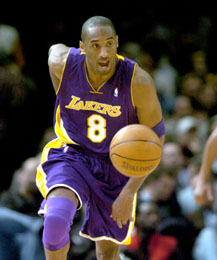 That would make them kind of a star-studded team, and one that would have something in common with the Bulls.

Not one of them – and all rank in the top 10 in NBA scoring, rebounding or assists – is going to this season’s All-Star Game, and none of them ever has gone.

For the seventh consecutive year (there was no game in 1999), there will be no Bulls in the big event at the NBA’s midseason carnival, though Ben Gordon, Luol Deng and Andres Nocioni are going as warm-up acts in the Friday night rookie/sophomore game.

But the Bulls are hardly alone in being snubbed, if one could call it that.

Also left off the roster when the coaches’ selections were announced to fill out the teams were the Wizards’ Gilbert Arenas, the Bucks’ Michael Redd and the Nets’ Jason Kidd. Commissioner David Stern might add Arenas to replace starter Jermaine O’Neal of the Pacers, who’s unlikely to play because of injury.

The coaches, as usual, appeared to take into account team victories and added four Pistons. They are only the seventh team with four All-Stars. Though Tayshaun Price won’t be going, Richard Hamilton, Chauncey Billups, Ben Wallace and Rasheed Wallace will be, with Hamilton and Billups making their first appearances.

The 7-foot Gasol is among six international players and was something of a surprise because the West coaches didn’t add a second center. They selected Gasol over the Nuggets’ Camby, who has had a better statistical season but has missed 20 games due to injury, and the Jazz’s Mehmet Okur. Gasol’s Grizzlies have a better record than the Nuggets and Jazz.

There was some surprise over the selection of Bosh because of the Raptors’ 17-32 record.

Also added to the East team were the Nets’ Vince Carter and the Celtics’ Paul Pierce, perhaps a questionable choice over Arenas given the Celtics’ 18-31 record.

The West starters are guard Tracy McGrady and center Yao Ming of the Rockets, Spurs forward Tim Duncan, Lakers forward Kobe Bryant and Suns guard Steve Nash. McGrady and Yao are questionable choices given Houston’s last-place standing and injuries to both. Both were fan selections. Bryant and Duncan each will appear in his eighth All-Star Game.

The coaches are the Pistons’ Flip Saunders and the Mavericks’ Avery Johnson.

The last time the Bulls had an All-Star was Michael Jordan in 1998. No Bull finished in the top 10 at any position in the fans’ voting for starters.

Though none of the Bulls’ players expected to be named an All-Star, the same can’t be said for Anthony, whose Nuggets lobbied hard for him to be added. Anthony ranks among the league leaders in scoring, but the West is deepest at forward and it’s hard to see Anthony pushing out anyone. Plus, coaches privately have expressed disappointment with Anthony’s scoring-first game.

Others on the fringe with good statistical seasons include the Wizards’ Antawn Jamison, who has come on only in the last month, the Bucks’ Redd, the 76ers’ Chris Webber, the Hawks’ Joe Johnson, Warriors’ Richardson and Baron Davis, Bobcats rookie Chris Paul, the Blazers’ Zach Randolph, the Sonics’ Rashard Lewis, the Jazz’s Andrei Kirilenko and the Clippers’ Sam Cassell, who has inspired the Clippers’ best season.

Distributed by Knight Ridder/Tribune Information Services.
Article posted on 2/14/2006
This article has been viewed 2912 times.