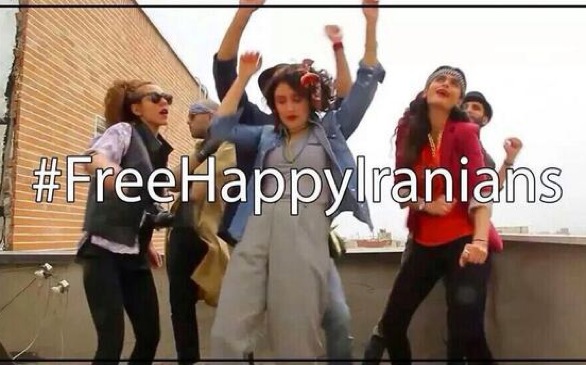 The arrests have angered Iranians in the country and abroad.
(Credit: Twitter)

In April, a group of young Iranians posted a homemade video of them singing and dancing to Pharrell Williams' "Happy." The "Happy in Tehran" video nabbed 165,000 YouTube views, contributing to the global phenomenon of people around the world expressing their happiness with cover versions of Williams' hit song.

However, the New York Times reports six of those young Iranians were arrested and forced to apologize for the video on television Tuesday, claiming they were "tricked" and had no idea the video was going to be broadcasted.

According to a Tehran officer, the video was "a vulgar clip which hurt public chastity."

President Hassan Rouhani reportedly said over the weekend, "We must recognize our citizens’ right to connect to the World Wide Web," so these arrests seem to contradict everything the president said regarding embracing the Internet.