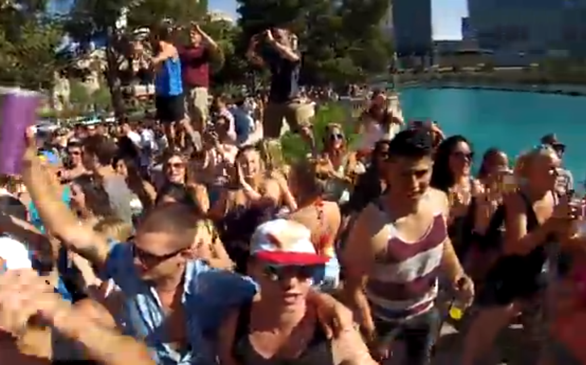 Before the final weeks of school, more than 1,000 UCLA students made an epic trip to Las Vegas during Memorial Day Weekend. However, according to LA Weekly, they caused a little bit of a raucous outside the Bellagio Hotel and Casino.

Apparently, going to Vegas during Memorial Day Weekend is a Bruin tradition.

On Saturday afternoon, the students gathered in front of the Bellagio fountain on the Strip and did the "8 Clap," a chant/clap fans typically perform at football and basketball games.

However, the police showed up and broke up the crowd, "citing unlawful assembly."

Watch the clip above!