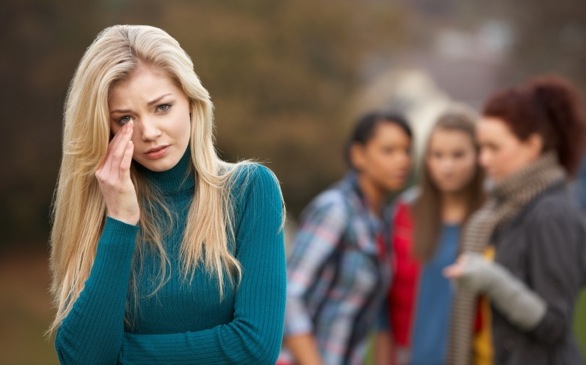 Slut shaming is a form of bullying.
(Credit: iStock Photo)

If you've ever hung out with a group of college women (or just women for that matter), you've probably heard one or two conversations similar to this one:

"Oh my god, did you hear that Becky hooked up with Roger last night at the register?"

University of Michigan researchers found that when it comes to  "slut shaming," rich college women seem to be more likely to do it than poorer women.

As a result, richer women are able to enjoy their sexual escapades without the fear of being called a derogatory name like "slut," while poorer girls must endure the damaging word.

"High-status women can be hooking up, making out, and engaging in oral sex, but since they were from affluence, they defined themselves as classy, and they did it at the expense of other women not in their social circles," one researcher of the study reportedly told NBC News.