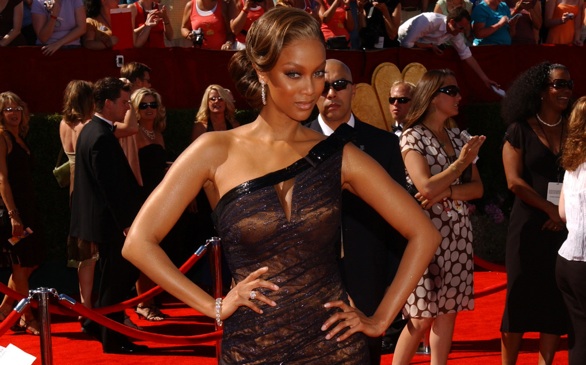 Entertainment Weekly reports supermodel and actress Tyra Banks will be returning to television next year with an untitled daytime talk show.

Partnering with Disney and ABC, Banks' show looks like it will be marketed towards the female audience, with topics including fashion, beauty, entertainment and individual enterprise. "The fire to inspire women and help them to blaze new paths fiercely burns inside of me," Banks reportedly said in statement.

There will also be celebrity guests and "Internet influencers" to talk about the various topics.

Banks is no stranger to TV. She used to have a talk show called "The Tyra Banks Show," but it ended in 2010. She also starred and produced the CW's "America's Next Top Model."