Jane Fonda to Speak at UCLA Graduation—Vietnam Vets Not Happy 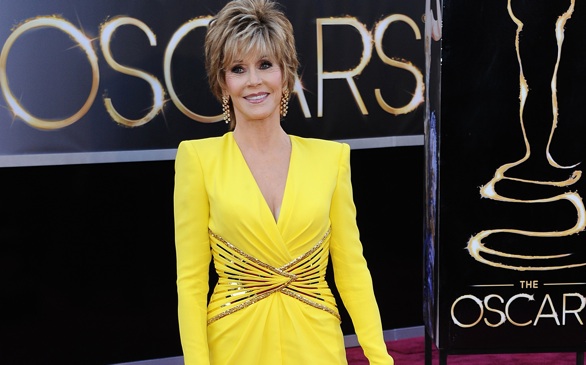 When Jane Fonda visited Hanoi, Vietnam in 1972 to speak with "enemy" soldiers during the Vietnam War, she ruffled quite a few feathers. Widely known as a Vietnam War opponent, she allegedly called U.S. soldiers "war criminals" and was photographed laughing and smiling with Vietnamese troops.

Since then, many Vietnam veterans have felt a hostility towards the actress/fitness guru/political activist.

So, when the UCLA School of Theater, Film and Television announced Fonda will be the commencement speaker at its graduation ceremony on June 13, vets expressed their outrage.

FOX News reports 67-year-old Nick Callas, president of the Santa Clarita chapter of Vietnam Veterans of America, said, "We hate her. We won't ever see any of her movies or support anything she did. It makes me sick to see her get this kind of recognition."

However, UCLA stands by its decision in picking Fonda as the speaker, stating, "We are truly honored to have Jane Fonda speak at this year’s commencement ceremony. Jane is a visionary and a remarkable artist who has spent her life telling deeply powerful stories that have moved and inspired audiences worldwide to action for the greater good and to a greater understanding of our common humanity through her films, philanthropic efforts and personal journeys."

Last year, Fonda went on the "Oprah Winfrey" show and talked about that controversial photo.

"I was an emotional wreck by [then]," she said. "These soldiers sang a song. I sang a song in feeble Vietnamese. Everyone was laughing. I was led to a gun site, and I sat down. And I was laughing and clapping, and there were pictures taken."

She also said it was a mistake. "I understand the anger about that," said Fonda.

Fonda agreed to meet with Vietnam vets who were upset by the photo and her stance on the war. "I learned so much from that meeting. It was a very difficult thing to do, and it was one of the best things that I ever did in my life."

Although she expressed regret last year, a Facebook page called "Vets Boycotting Hanoi Jane Fonda" exists and also expressed anger after the news of her speaking at the UCLA graduation got out. The group currently has almost 40,000 likes.