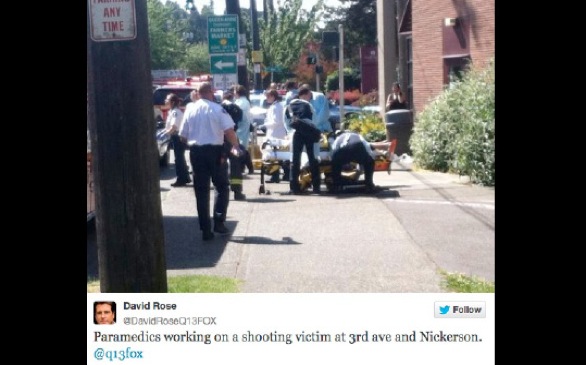 One suspect is in custody. Police say the suspect used either a rifle or a shotgun.

The condition of the four (or seven) victims is unknown, as is the suspect's. However, the Seattle Times reports there are no fatalities.