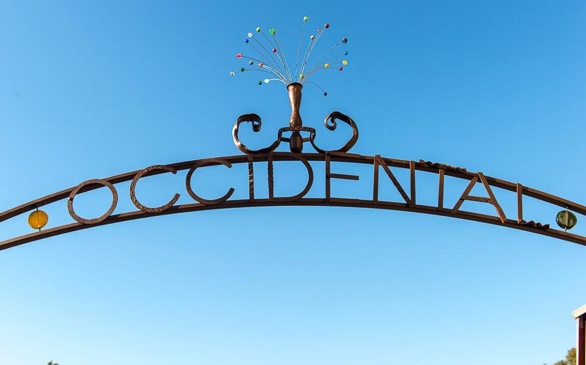 The Foundation for Individual Rights in Education (FIRE) reports a now-expelled male student has filed a lawsuit against Occidental College after it expelled him over an alleged sexual assault, despite the fact there was evidence that suggested the sex between him and the accuser was consensual.

The suit accuses that an Occidental faculty member and anti-rape activist coaxed the alleged victim into making baseless accusations, reports FOX News. The faculty member allegedly said the male student (referred to as John Doe) "fit the profile of other rapists on campus in that he had a high GPA in high school, was his class valedictorian, was on [a sports] team, and was ‘from a good family.’”

After police investigated the Sept. 8, 2013 incident, they declined to prosecute John Doe and found that the alleged victim "could still exercise reasonable judgment,” even though she was intoxicated, reports FIRE. However, Occidental did its own investigation and found that since the accuser was "incapacitated," her consent was invalid and expelled John Doe.

The lawsuit also states that there were text messages between the accuser and John Doe that served as evidence. The accuser reportedly texted him, "do you have a condom," and sent this message to a friend: "I’mgoingtohave sex now."

FIRE's Robert Shible, who is representing Doe, told FOX News, "[The accuser] asked if he had a condom; she also told one of her friends that she was going to have sex as well. It seems pretty clear she knew what was going on.”

He also said, "We’re responsible for the decisions we make while we’re drunk, just like someone who drinks and decides to get behind the wheel of a car."

Shibley is now reportedly asking Occidental to reconsider its finding, but as of now he has not heard from the school.

An Occidental College spokesperson told FOX News in an email, "Under Title IX, colleges and universities must address and seek to remedy complaints of sexual misconduct, whether or not law enforcement has been contacted. This is true even if there is an active criminal investigation into the case."

Earlier this year, President Obama addressed the sexual assault problem on college campuses, quoting that 1 in 5 college women will experience an sexual assault. The federal government has started investigating 55 colleges and universities in their handling of sexual assault and harassment incidents; Occidental College is one of those schools.

In April 2013, 37 current and former female students accused Occidental for mishandling sexual assault allegations, and in September 2013, at least 10 of those women received a monetary settlement from the college.

Recently, a California state senator proposed a bill that would require college students at state-run schools to give verbal or written consent before having sex.

Campus News
California State campuses with most COVID-19 cases have one thing in common – they like to party
1,290 views