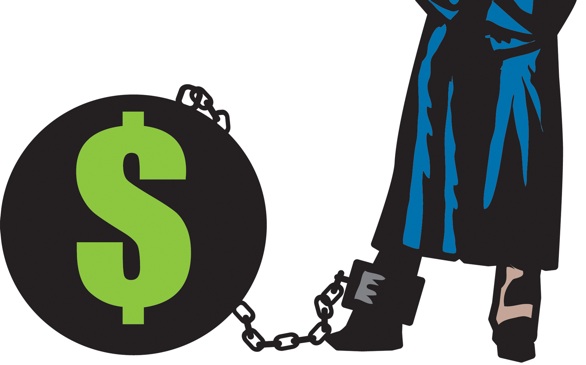 The Los Angeles Times reports four in 10 millennials, mostly between 22 and 33 years old, feel overwhelmed by debt, according to the Wells Fargo Millennial Study.

The study also found that more than half (56 percent) of the millennial generation are living paycheck to paycheck. But still, about 70 percent of the respondents feel they're better off financially than other members of their generation, and they have high hopes for the future; they believe they'll have a higher standard of living than their parents.

"...millennial women are starting out their working lives making far less than men and, as a consequence, are saving less and feeling less contentment at the start of their working lives,” Wells Fargo's director of retail retirement told the Times.