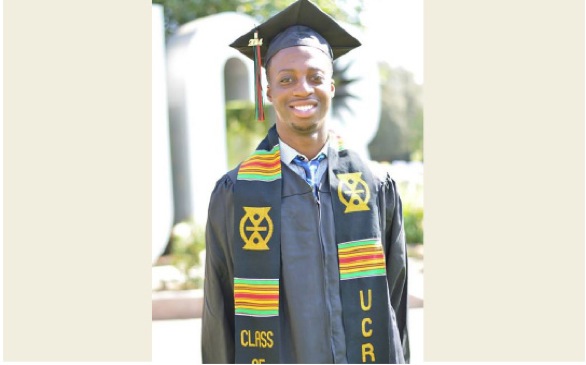 “Even though I said I wanted to be a doctor, I didn’t think I could."

Well, it sure does seem that 22–year–old Festus Ohan is on the right road to making his dream a reality.

The University of California (UC) Riverside student has been through one challenging yet rewarding journey– he has been accepted into nine different medical schools. Yes. NINE!

After being removed from his mother when he was 5 and being abandoned by his father at 13, Ohan was placed into foster care and was forced to move from home to home and from school to school. Experiencing these hardships at such a young age can certainly impact an individual on every level mentally, emotionally and physically. But, Ohan has become a stronger individual from his childhood, and it definitely reflects in his accomplishments.

So, which school did he end up choosing? Ohan accepted his admission to UCLA’s David Geffen School of Medicine with a full-ride scholarship that will cover expenses such as tuition, housing, books and even a living stipend.

Ohan has been an inspiration to every student with a goal that they believe is unattainable, and so he leaves a piece of advice for all to “never give up."