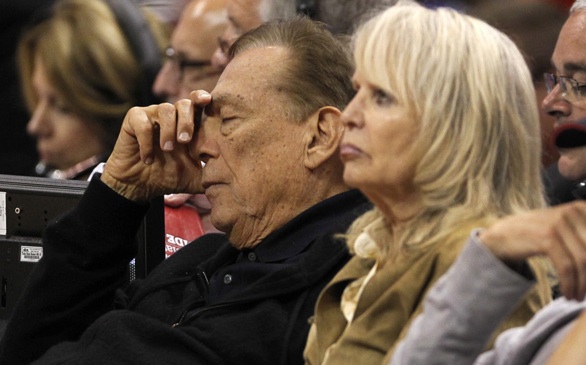 Donald Sterling's battle to maintain control of the Clippers and restore his shattered reputation will focus, in part, on how well he can count and spell backward and put numbers in the right order on a drawing of a clock.

Sterling's difficulties in performing these tasks during two medical examinations led experts to declare last month that the longtime Clippers boss was incapable of conducting his own affairs. That, in turn, cleared the way for his wife, Shelly, to sell the Clippers for a record $2 billion after she took sole control of the family trust that owns the basketball team.

The findings will become part of the evidence in a probate hearing that a judge on Wednesday set to start July 7, with Shelly Sterling seeking to have her husband declared mentally incapacitated and Donald Sterling fighting to prove he is not.

Sterling has aimed most of his wrath, and a $1-billion lawsuit, at the NBA, which was poised to strip him of the team after he was captured on an audio recording telling a female companion not to associate with blacks in public and not to bring them to Clippers games.

Shelly, his wife of 58 years, is determined to sell the team on her own terms, rather than have the league auction it off, and filed the petition in probate court when Donald changed his mind several times about completing the deal.

Next month's hearing could last up to four days and is expected to feature dueling psychiatrists, business associates and byzantine trust law.

Two experts cited by Shelly Sterling in court papers filed Wednesday described her husband as probably in the early stages of Alzheimer's disease and unable to complete standard tests: He could not draw a properly numbered clock, was unable to spell "world" backward and when asked to count down from 100 by 7s, got only as far as 93.

Dr. Meril Sue Platzer reported after examining Sterling, 80, that he suffers from "cognitive impairment secondary to primary dementia Alzheimer's disease." She said Sterling could not identify the season and had difficulty with the clock-drawing exercise, a common test to assess mental capacity.

An earlier brain scan performed at Cedars-Sinai Medical Center found "moderate reductions in the anterior mesial regions of the temporal lobes." This is consistent with "neurodementia of the Alzheimer's type," Platzer said in a letter.

J. Edward Spar, a geriatric psychiatry expert from UCLA, said that during his May 22 visit to Sterling's Beverly Hills home, the Clippers owner acknowledged: "Sometimes I get confused when I get off an elevator." Shelly Sterling, who was present for the exam, said she noticed her husband's problems began about three years ago.

Spar's summary also described a tense moment during his examination, when Sterling failed to complete the "Trails B test." Descriptions on psychiatry websites say the test requires patients to draw a "trail" on a piece of paper between circles marked with numbers and letters.

The subject is supposed to connect 1 to A to 2 to B to 3 to C, and so on, ending with 13 to L. Spar quoted Sterling as saying: "I can't do it. I don't want to do it and I have to get back to my meeting." He began to try again but threw down his pen and left the room, Spar said.

Spar stated that the "overall picture is consistent with early Alzheimer's disease but could reflect other forms of brain disease." The psychiatrist added: "Because of his cognitive impairment, Mr. Sterling is at risk of making potentially serious errors of judgment, impulse control, and recall in the management of his finances and his trust."

These findings led Spar to contend that Sterling "is substantially unable to manage his finances and resist fraud and undue influence and is no longer competent to act as trustee of his trust."

"We will have our own medical experts to refute the nonsense that is in these reports," said attorney Bobby Samini. He declined to go into the specifics of Sterling's mental state but said that the experts hired by Shelly Sterling had a predisposition toward ousting Sterling from control of the family trust.

"The reports were to obtain a particular purpose, and they got it," Samini said.

Shelly Sterling has said through her advisors that she wanted to avoid a showdown with her husband unless it became absolutely necessary. Her petition suggested that moment came when Donald Sterling continued to block the sale of the team.

Her lawyers went to Judge Michael Levanas on Wednesday in an attempt to bring a prompt resolution to the dispute. They asked the judge to take two actions — validating her assertion that her husband's mental incapacity empowers her to act as the sole trustee of the family trust and issuing an order validating the sale of the Clippers to former Microsoft chief executive Steve Ballmer.

Rather than rule immediately, Levanas told both sides to return to argue the case.

The controversy concerning the Clippers owner began on April 25, when the website TMZ released an audio recording of Sterling's racially inflammatory comments.

The NBA quickly fined Sterling $2.5 million, banned him from the league for life and asked other team owners to prepare to force both owners to sell the team. But the NBA also said a sale would preempt a scheduled June 3 meeting to oust the Sterlings from the league.

Shelly Sterling conducted a rapid-fire sale and on May 29 signed a binding deal sheet with Ballmer, 58, for the highest price ever paid for an NBA team. Donald Sterling assented, for a time, but resumed a combative stance when he learned that the NBA would keep in place its fine and ban.

Shelly Sterling's petition told the probate court that she and Donald both stood to suffer a "significant loss" if the sale to Ballmer falls through. Her documents said the NBA Board of Governors is scheduled on July 15 to vote on the sale to Ballmer. The petition also stated that if the deal is not completed by Sept. 15, the league could seize the team and sell it at auction.

This could result in a substantially lower sales price and force the Sterling trust to pay the NBA's costs in completing the transaction, which could be substantial, Shelly Sterling argued. Her husband has countered that he was denied his due process rights by the league and should not have to sell a team for comments he made in private to his companion, V. Stiviano.

"The burden would be on Mr. Sterling's side to show that he does have the capacity," said Kenneth Wolf, a Los Angeles attorney with experience in probate and trust matters.

Another lawyer, who works frequently in the L.A. probate court, predicted the case would be a close one, with a judge probably reluctant to take away Donald Sterling's trusteeship without overwhelming cause.

The sale agreement would leave Ballmer in complete control of the team. But Shelly Sterling's petition provided new details about an arrangement that would allow her to maintain a presence with the team.

Besides season seats, preferred parking and designation as "Clipper's Number 1 Fan," (and even the right to get three NBA championship rings, should the Clippers win the title), she also could create a charity that would maintain ownership of up to 10% of the team.

Under the arrangement, Shelly could decide to sell just 90% of the Clippers to Ballmer for $1.8 billion, with the remaining 10% going to benefit either an existing charity or a newly created Shelly Sterling Foundation.

Shelly Sterling would serve as chair of the foundation and she and Ballmer would each select six members of the board of directors. She also has the option of donating to an existing charity through a "donor-advised fund," the May 29 sales agreement says.

Shelly has until June 15 to set the exact terms of the deal.

NBA officials went along with the charity proposal when they learned of it in mid-May, despite demands in some quarters that all Sterlings be banned from any involvement with the Clippers. A person familiar with the league's position said Commissioner Adam Silver agreed that the foundation would "create something very good out of something very bad."

On Shelly Sterling's death, the foundation's stake in the team would be sold to Ballmer, with the proceeds going to the charity.