Once Uninsured, Thousands of Cal State Students Sign Up for Health Plans 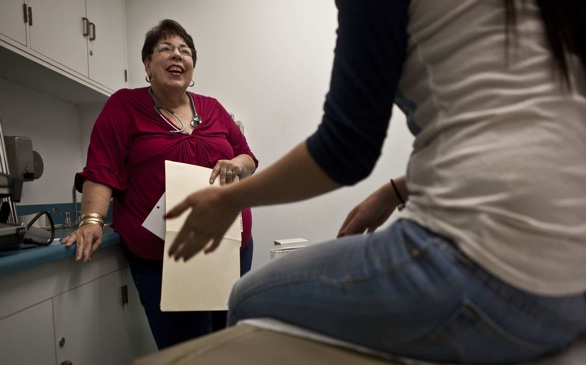 Newly released results from a poll taken on several campuses found that of the 100,000 uninsured Cal State students, 60 percent signed up for a health plan or for Medi-Cal during open enrollment, according to researchers with the CSU Health Insurance Education Project.

Walter Zelman, chair of the Department of Public Health at Cal State L.A. and director of the project, called the low rate of those left uninsured within the Cal State system a success and “unheard of in California” among those age 18 to 25.

“The issue is not invincibility, it is affordability,” Zelman said. “Students know they need insurance. Provide them some education about it, and they will sign up.”

Researchers with the project conducted polls on seven of the 15 CSU campuses that were staffed with student educators who reached out to their peers about Covered California and health insurance. Those campuses included Northridge, Long Beach and Los Angeles. Zelman said the seven campuses chosen to conduct the polls were typical of most CSU campus. About 30 percent of the 437,000 students in the California State University system are uninsured, and at least 34 percent of those uninsured are older students age 22 to 25 years old.

• The percent of Latino students reporting themselves to be uninsured fell from an estimated 42 percent in September 2013 to 13 percent in May 2014.

• The percent of uninsured students also decreased among Asian/Pacific Islanders, from 19 percent to 9 percent, and for African Americans, from 23 percent to 12 percent, and whites from 21 percent to 8 percent.

• Cal State L.A. had the highest percentage of students still uninsured at 19 percent.

• At Northridge, an estimated 7 percent were uninsured.

• At Long Beach, 15 percent of those polled said they remained uninsured.

The results are dramatically different from those of a poll taken last fall, when Zelman and researchers found that uninsured CSU students avoided signing up for health care coverage because they believed it was too expensive. Zelman said then Covered California, the state’s health plan exchange, had not yet started an adequate marketing effort.

Many factors may have changed since then, including intense educational outreach, such as 300 enrollment events on CSU campuses.

Student educator Yvette Fruentes said one of the ways students understand that they need health insurance is to make them realize that without it, a broken arm or injuries from a car accident can cost thousands of dollars out of their own pockets.

“It was getting them to understand that we’re not immune to accidents,” said Fuentes, 28. “Things happen. You need to be ready.”

Statewide, 12 percent of the 1.4 million people who enrolled in health plans through Covered California were those age 18 to 25.

Zelman said the results also send a message to health carriers: Increasing the cost of premiums “should be less likely and much harder to justify” if they want the young to enroll.

“While we don’t know where all our graduates are going from here, we do know that many more of them will have health insurance coverage when they get there,” Covino said. “And that is something that we can all feel good about.”