Starbucks Will Pay Tuition for Many Employees to Finish College 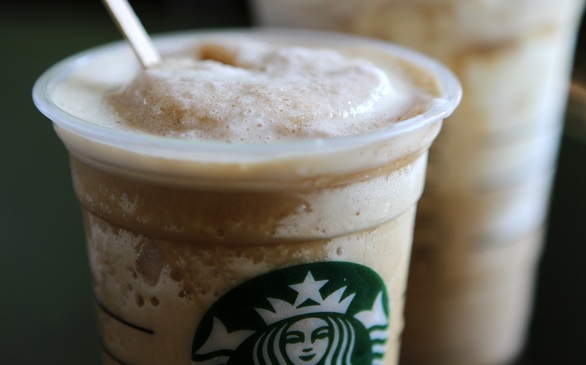 Starbucks, which already provides its legions of U.S. baristas with retirement benefits and stock options, is throwing in yet another uncommon perk in the service industry: a paid ride for the last two years of college, no strings attached.

In a deal with Arizona State University, the coffee giant will reimburse full tuition for employees who enroll as juniors and seniors at ASU's online program.

Freshmen and sophomores, meanwhile, will be eligible for a partial scholarship and need-based financial aid, the company said.

The so-called Starbucks College Achievement Plan is for employees who work at a company-operated store for an average of at least 20 hours a week, which Starbucks says covers the vast majority of its 135,000 U.S. staffers.

Once in the program, they can choose from 40 majors. Employees don't have to commit to stay with Starbucks after they graduate.

Starbucks declined to specify how much the program will cost, saying it's too early to know how many people will enroll.

While the company and the university did not specify the cost of tuition for the Starbucks program, the Arizona State University website says tuition for its undergraduate online programs ranges from $480 to $543 per credit hour. Full-time students must take a minimum 12 credit hours in a semester, but typically many take as many as 16 credit hours.

A Starbucks spokesman called the move "our most significant investment" since the company began awarding stock to all staffers in 1992.

The initiative comes as discussions about fair worker pay and concerns about mounting inequality are spreading in U.S. politics.

Decades of globalization and the tremors of the 2008 financial crisis have destroyed many well-paying blue-collar jobs in the U.S.

In the services industry, entry-level opportunities are generally poorly compensated, and have led to fears of a permanent social rift as low-skilled workers get stuck in those jobs.

Starbucks CEO Howard Schultz has been a participant in the debate about fair wages, touting the company's relatively generous benefits for employees working at least 20 hours a week, which include 401(k) matches, stock options and health-care coverage.

At the same time, in March Schultz said the proposal to raise Seattle's minimum wage to $15 an hour could lead to job losses due to the stress it will impose on small businesses. The City Council approved the plan this month.

Starbucks says the tuition-reimbursement program aims to help mitigate the woes faced by nearly half of U.S. college students, who drop out because of rising debt and conflicts with work responsibilities.

"In the last few years, we have seen the fracturing of the American Dream," Schultz said in a statement. "There's no doubt, the inequality within the country has created a situation where many Americans are being left behind. The question for all of us is, should we accept that, or should we try and do something about it."

Starbucks staffers participating in the program will have access to dedicated coaching, including a financial-aid counselor and an academic adviser.

"Starbucks is going where no other major corporation has gone," said Jamie Merisotis, president and CEO of the Lumina Foundation, a group focused on education. "For many of these Starbucks employees, an online university education is the only reasonable way they're going to get a bachelor's degree."

Many employers offer tuition reimbursement. But those programs usually come with limitations, like the full cost not being covered, new employees being excluded, a requirement that workers stay for years afterward, or that the courses be work-related.

An official announcement to staffers is expected Monday in New York City, at the company's first Partner Family Forum in the U.S. The event will include employees as well as family members, following similar events organized for Starbucks employees in China, where families play a key role in young people's career choices.

The gathering will include Schultz, ASU President Michael Crow and U.S. Secretary of Education Arne Duncan.

Material from The New York Times is included in this report. Ángel González: 206-464-2250 or agonzalez@seattletimes.com. On Twitter: @gonzalezseattle