(Fluff and Gravy)
By Doug Simpson 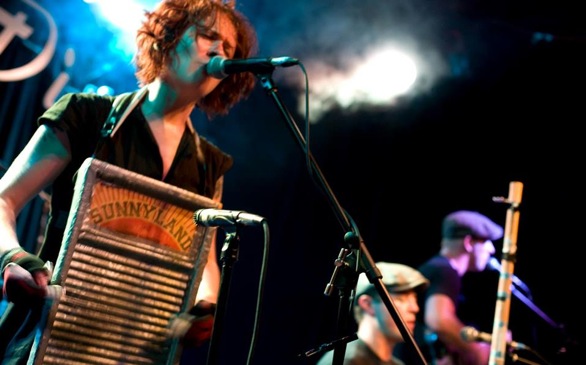 For the group’s fifth release, frontman Kevin Blackwell decided to issue two, half-hour records and package them together as Pasajero/Hullabaloo. This is a no-concept project; it's something for long-time listeners.

CD one is a professionally produced studio effort, Pasajero. CD two, Hullabaloo, is looser-sounding; it was taped in Blackwell’s attic space, and captures Sassparilla’s relaxed vibe.

Hullabaloo is often saturated by back porch deportment, with acoustic blues, country-sparkled cuts (fan fave “Cocaine”) and the controversial blues-rocker “It Ain’t Easy,” sung in the voice of a weary deity tired of seeing and knowing all.