Director Jane Weinstock Talks Getting Lost in The Moment 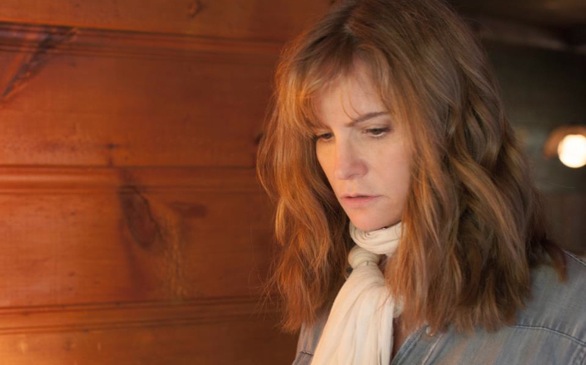 When we have an experience and the moment evolves into a memory, is there ever a way to retrieve it—an unscathed, unadulterated record of what once was? As English writer Aldous Huxley so aptly reminded us, “Every man's memory is his private literature,” and the past truly does become a picture book of your own life, one to color in with whatever detail you prefer.

Memory subjectivity is put into question in writer/director Jane Weinstock’s second feature The Moment, a teetering melodrama about Lee (Jennifer Jason Leigh, Fast Times at Ridgemont High), a war photographer whose traumatic experiences in the Middle East cause more harm than she ever expected.

Waking up in an American hospital recovering from bomb injuries, Lee finds that her cynical daughter, Jessie (Ali Shawkat, “Arrested Development”), isn’t the only one that’s been sitting by her side—a fellow patient named John (Martin Henderson, “Off the Map”) has curiously taken to watching over her.

After sharing intimate stories of the circumstances that brought them there, the two become nearly inseparable, and they eventually fall into a wistful romance. And it doesn’t hurt that John’s presence seems to bring Jessie around more, much to Lee’s delight.

Paradise is fleeting, however, when Lee discovers that John is missing a few days after she breaks things off with him. He may have been bitter towards her, but his house was left untouched since her last day with him, pointing to something fouler at play.

Unable to cope with his unfathomable disappearance, Lee breaks down and lands in a mental facility. Through her therapy sessions, she convinces herself that John must have been murdered and that she might have done it herself.

At this point, The Moment may seem like a pretty straightforward account of a woman’s fall into uncertainty, but by creating a chronologically disjointed storyline instead of a linear one, Weinstock weaves a tale of Lee’s growing disconnection to her world, where she can’t seem to rely on her own judgment for strength.

For Weinstock, this was the reality of Lee’s story she most adamantly wanted to grasp and display as an absolute human truth.

“We really wanted to deal with the whole idea of uncertainty as what we live with—something that needs to be acknowledged rather than covered up,” she said.

As a co-writer alongside Gloria Norris, Weinstock knew she wanted to visually embody the evolving states of Lee’s mental health by changing shooting methods throughout the various timelines.

In Lee’s past where she was mentally stable, Weinstock used tripods to give the controlled effect of her mind. As her situation became more precarious, handheld was utilized to give the sense of unease and unpredictability. Weinstock often shoots us back to the same scene, reliving it with Lee herself, trying to put together the pieces of the last time she saw John.

There is a poetic nature to Lee’s job as a war photographer, a job that is supposed to be immersive while also staying wholly objective. And that was a key point for Weinstock in the writing process.

“I wanted her to be someone who engaged with a lot of ethical questions in her work,” Weinstock explained. “War photographers have to do that.”

So, Lee deals with the many questions as she digs through the webs within her memory to find the truth. It may be grueling, it may seem impossible, but Weinstock will fight to prove otherwise.