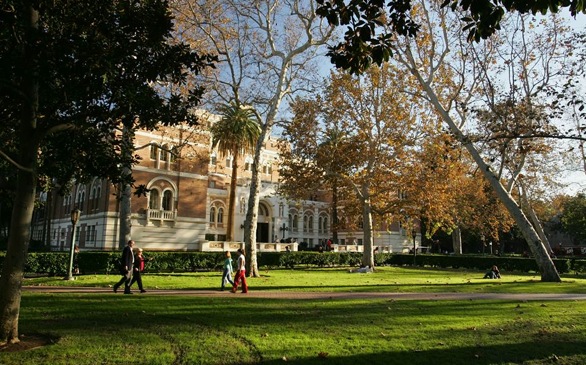 The University of Southern California has seen a decline in burglary and theft crimes—including stolen bikes, laptops and iPods—between the hours of 9 p.m. and 6 a.m. In fact, property crimes during those hours have decreased by 50 percent (via the Los Angeles Times).

'SC officials say this reduction is attributed to the university's new safety measures that were implemented after the 2012 Halloween shooting that left four teenagers were wounded.

Some of the new safety measures include limiting public access to the university, additional security cameras and license plate cameras, campus dorm fingerprint scanners and a 1,500-foot fence that envelops the campus after 9 p.m., with security guards positioned at certain entrances.

Here are some statistics according to the university and Los Angeles Police Department:

-During overnight hours in 2013, there were only 23 theft or burglary reports; this is down 49 from later year.

-Only 6 crimes related to stolen bikes, laptops and missing iPods were recorded during the spring semester.