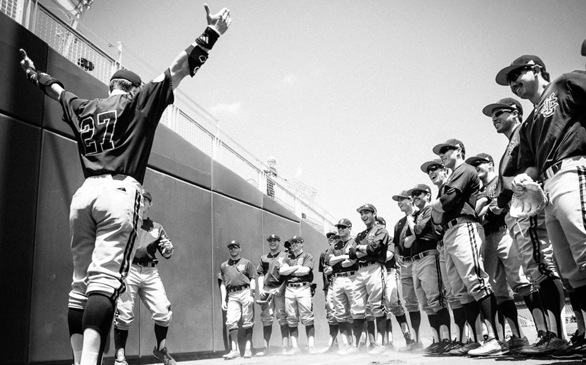 Talk about a Cinderella story.

"I can't believe we're going to Omaha," UC Irvine's 74-year-old baseball coach  Mike Gillespie kept muttering over and over again in disbelief, according to SI.com. As underdogs, it was quite a surprise for everyone when the Anteaters made it into the tournament.

SI.com reports Gillespie thought that after losing eight out of its final nine games, the team surely wouldn't make it to the College World Series. Boy, was he wrong.

Gillespie and his team have made it to the College World Series for the first time since 2007.

So far, UC Irvine has beat No. 2 seed UNLV and top-seeded Oregon State. "As much as we surprised everybody else I think we surprised ourselves a little too. But after Oregon State, we had a little swagger," senior Andrew Morales told SI.com.

However, the Anteaters fell short Monday night against Vanderbilt, losing 6-4.

"I think Vanderbilt was very impressive up and down their lineup. They executed. And I think the score just wasn't indicative of the difference between the two teams tonight," Gillespie told UCIrvineSports.com.

Now, UC Irvine faces the possibility of going home. They take on the Texas Longhorns Wednesday night at 5:00 p.m. PST on ESPN.