What We Know About Katy Perry's First Signed Artist, Ferras 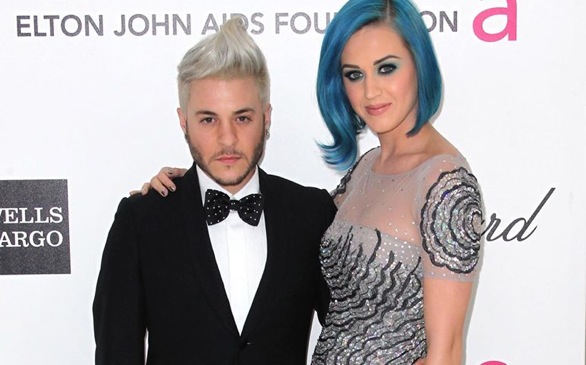 Do you follow Katy Perry on Twitter? If you do, then surely you’ve seen that the popstar has just launched her very own record label, Metamorphosis Music, a joint venture with Capitol Records. Better yet, she’s already signed her first artist, Ferras.

His name may sound familiar due to his song “Hollywood’s Not America,” which was the exit song on Season 7 of "American Idol." Perry and Ferras have been friends since 2007, when both were newly signed artists for Capitol Records.

"Ferras is a man with a message, and a unique lyrical way of communicating his perspective on life that makes you feel connected to every note when you listen," said Perry in a press release. "'Speak in Tongues' is a song with raw emotional power that I wish I wrote. I believe he is going to be an important artist to watch unfold. I am SO ecstatic the world gets to hear his music now both online and on tour with me."

Perry also posted the cover of Ferras new EP on Instagram along with a link to it after posting the label’s logo on the photo-sharing site. Ferras shared the announcement on Instagram as well and let his fans know that his self-titled EP is now available.

This will be Ferras second EP; his first one was released in July 2010. Ferras includes five songs, including one featuring Perry called "Legends Never Die." His sound can best be described as a mix of R&B, pop, rock and trance. At times, his music even sounds like a one-man boy band or as if it's inspired by the '80s.

Ferras, however, describes his EP's sound a little differently. "I try not to categorize it," he said in a press release. "It's a pop record with many different textures, but it's definitely dark in places."

Nonetheless, Ferras is soulful and showcases the singer's incredible talent.

It is surely an exciting time for both artists, but it gets better. The L.A.-based Ferras will be joining Perry on her world tour starting June 22, so look out for ticket sales!