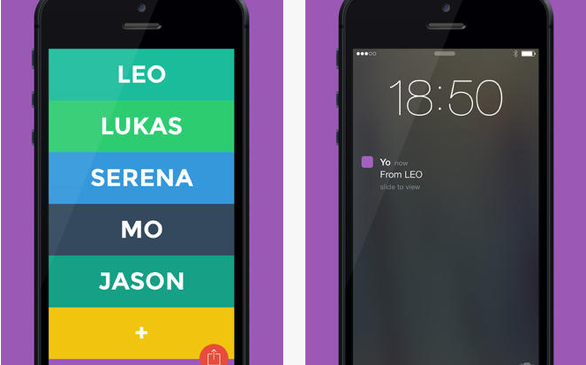 Yo is available in the iTunes App Store.
(Credit: Screenshot of iTunes Store)

College students have reportedly hacked Yo, a puzzling yet popular app where users can send Yos to one another throughout the day, reports Tech Crunch.

A college student from Georgia Tech emailed the site and claimed he (along with two of his roommates) hacked the app and gained access to users' phone numbers. "We can spoof Yos from any users, and we can spam any user with as many Yos as we want. We could also send any Yo user a push notification with any text we want (though we decided not to do that)," wrote the student.

Yo founder Or Arbel confirmed that the app was having security issues. “Some of the stuff has been fixed and some we are still working on. We are taking this very seriously," he told Tech Crunch.

Ok, so by this point you're probably wondering what they heck is Yo. Honestly, there isn't much to this app. Users just send Yos (called Yo-ing), and that's it; there's no chatting or picture sharing. It actually reminds me a lot of that annoying "poking" notification on Facebook. Like a Facebook "poke," a Yo can have different meanings behind it. For example a Yo to your best friend during lunch can just be friendly, but a Yo sent at 2 a.m. to your crush can definitely contain a hidden, sexy implication.

"You usually understand what the Yo means based on who you get it from and when you get it,” said Arbel.

According to Think Progress, it only took eight hours to build the app, which launched on April Fool's Day (April 1), and people actually invested $1 million into it. It has attracted about 50,000 users and 4 million Yos.