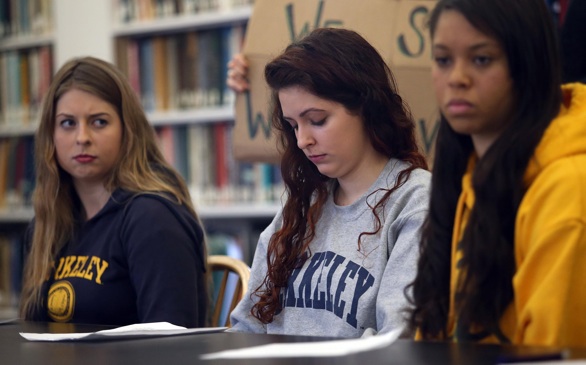 The group will monitor the system’s progress and work to develop best practices in prevention, investigation and response to sexual violence, Napolitano said.

“Sexual violence is a serious crime that we will never tolerate,” Napolitano said in a statement. “We aim to be the national leader in combating sexual violence on campus, and the mission of this new task force is to continue to review and improve our efforts to make sure the University of California employs innovative, evidence-based and consistent practices across the system."

In March, the UC system announced policy revisions that require administrators to publicly report more types of violence and harassment and provide additional support and protection for victims.

Under the new rules, victims are entitled to learn the recommended sanctions that could be imposed on their alleged assailants. Previously, they could only be told of the actual punishment that was ordered.

Campuses must also report alleged incidents of sexual harassment, including discrimination based on gender or sexual orientation. The new guidelines also more precisely define consent, and require that both employees and students receive sexual harassment and rape prevention training.

Nearly 50 colleges and universities, including USC and Occidental College, are under federal investigation for their handling of sexual assault allegations.

Earlier this year, 31 current and former UC Berkeley students filed two complaints with the federal government alleging that school administrators mishandled assault allegations and have for years failed to inform victims of their rights, discouraged them from reporting assaults and conducted internal reviews that favored the accused.

The new UC policies comply with proposed federal regulations that will expand reporting mandates in the Clery Act, which requires schools to make public data on forcible sex offenses and other crimes.

Under the new rules, colleges and universities must publish annually the number of incidents of dating violence, domestic violence and stalking that occur on and around campus. The reporting of hate crimes must also include incidents based on the alleged victim’s gender or national origin.