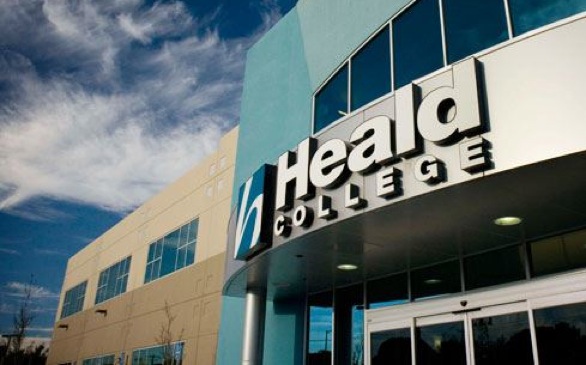 An agreement reached over the weekend between Corinthian Colleges Inc. and the U.S. Department of Education is intended to ease the transition of 72,000 students at its for-profit Everest, Heald and WyoTech campuses as the company seeks buyers for those schools during a federal investigation of fraudulent practices.

More than a third of the company's students, about 27,000, attend school in the Bay Area and throughout California.

Many of them were alarmed last week after Corinthian - which gets $1.4 billion a year in federal student aid - told the Securities and Exchange Commission Thursday that it expected to go bankrupt and shut down because the Education Department is delaying payments by three weeks. The department said it was sanctioning Corinthian because the company hadn't provided all the documentation required in the investigation.

"The department put Corinthian on heightened financial monitoring with a 21-day waiting period for federal funds on June 12 after Corinthian failed to comply with repeated requests to address ongoing concerns over the company's practices, including falsifying job placement data used in marketing claims to prospective students and allegations of altered grades and attendance," said a statement released Monday by the Education Department.

The career-training colleges won't immediately close under the new agreement, in which Corinthian will sell its 107 campuses and help students transition to other schools if necessary over the next six months. Under the agreement, the company will also hire a federally approved monitor to oversee its finances and sales process.

In return, the Education Department will immediately release $16 million in federal student aid for students if the company can prove they are enrolled.

U.S. Undersecretary of Education Ted Mitchell said Monday that the Education Department wants to "ensure that students are able to finish their education without interruption and that employees experience minimal disruption to their lives."

Corinthian has about 12,000 employees.

Kent Jenkins, a spokesman for Corinthian, said the company had believed it was complying with the data requests from the Education Department, issued in January.

"They asked us for a very substantial amount of information on 175,000 graduates - attendance records, grades and job-placement records," Jenkins said.

The company had 10 people working full time on the data request, Jenkins said. "We've provided a significant amount of information to them and kept them apprised of our progress."

The department, however, said it had sent five letters to Corinthian asking for information that was not forthcoming and on June 21 placed the company on its financial sanction.

The company then put 100 people on the data project and said Monday that it would have everything the department asked for by July 15.

"We regret the misunderstanding," Jenkins said. Nevertheless, the sale of the campuses is expected to proceed.

Jenkins declined to answer questions about the sale or the allegations against Corinthian.